What Can We Learn from Canadian Crypto Freeze as War in Europe Rages On?

The Canadian Mareva injunction makes similar actions likelier in the future. Other countries might use other powers or laws that are already available to them. Self-custody and peer-to-peer trading services might be a way to protect your assets better.

Governments have never really been the biggest fans of Bitcoin (BTC) and cryptocurrency. Not only does crypto escape their monopoly over the issuing and supply of money, but it also helps individuals escape any monetary restrictions they may wish to apply.

However, Canada sought to strike a blow against cryptoassets last month, following a series of protests against COVID-19 restrictions that began in January. Its federal government invoked the Emergencies Act and issued a number of executive orders against financially supporting the protests, while the Ontario Superior Court of Justice granted a Mareva injunction specifically aimed at freezing the cryptoassets of certain protestors.

This injunction represented a rare instance of a government trying to halt the flow of cryptoasset, and for industry players speaking with Cryptonews.com, it could set a precedent for other governments to follow. At the same time, the injunction will also heighten demand for self-custody and peer-to-peer (P2P) trading services among ordinary holders. And this becomes even more important as the war in Ukraine rages on and sanctions are being imposed on Russia and its ally Belarus.

A dangerous precedent for Bitcoin?

More than a few analysts expect that the Canadian Mareva injunction makes similar actions likelier in the future, particularly when the wider context is taken into account. 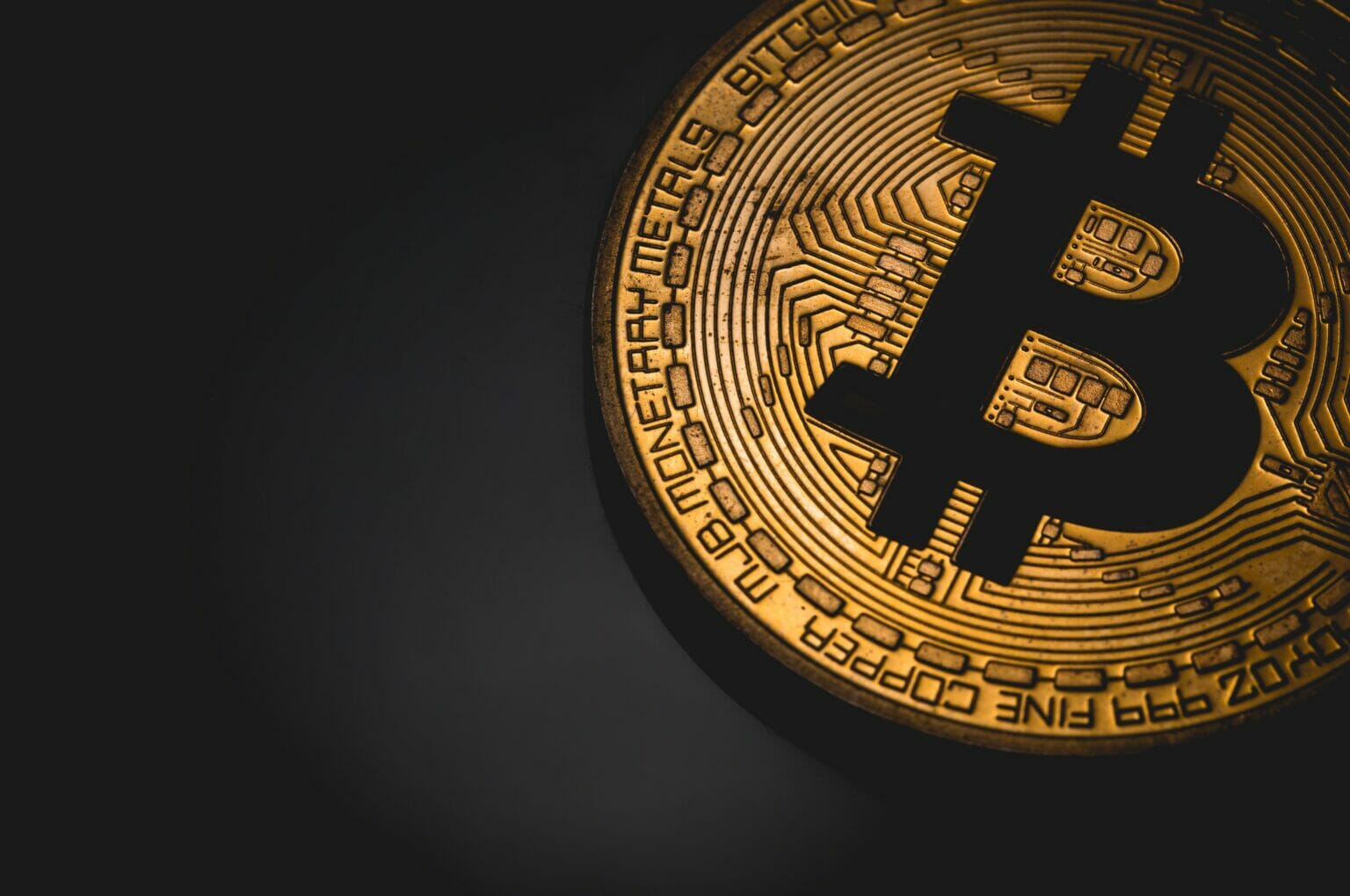 “The most recent activity around crypto — particularly with significant hacks and in conflict areas — and those governments’ involvement signals that governments are interested in controlling cryptoassets more than ever. An undeniable reason for this is that cybercriminals use cryptoassets in illicit activities and can be used to fund wars and terrorist activities,” said Melody Brue, the principal analyst for fintech at Moor Insights & Strategy.

Brue explains that the use of cryptoassets by criminals puts pressure on lawmakers to develop strategies to deal with hacks and asset recovery. For her, this process of strategy development is already well under way, with the US Department of Justice’s recent seizure of USD 3.6bn in stolen BTC, as well as the FBI’s launch of a dedicated virtual asset unit, showing that governments are becoming less willing to tolerate the use of cryptoassets by criminals and other persona non grata.

“Ideally, this is seen as protection of assets and weeding out the bad actors while maintaining the utility value of decentralized financial platforms. Self-custody, censorship-resistance, and privacy are central to this value, so if the move from the Canadian government sets precedence, it’s a dangerous one — particularly without judicial process,” she told Cryptonews.com.

Other figures agree that what the Canadian government did in response to the protests is dangerous for crypto and its holders. For Boolean Fund General Partner and author Mark Jeffrey, they’re “extremely troubling,” not least because it effectively saw the government freezing the accounts of people who financially supported protestors (but didn’t directly protest themselves).

“And now, Canadian Finance Minister Chrystia Freeland has said Canada seeks to make the ’emergency’ financial surveillance powers permanent [reference here]. This is little-noticed since Trudeau ‘backed down’ — but what he really got was an enormous permanent new power, ripe for abuse,” he told Cryptonews.com.

According to Jeffrey, Canadian Prime Minister Justin Trudeau essentially invoked the threat of ‘terrorism’ in order to justify bringing in broad, illiberal powers, and now other countries are seeing that his government “got away with” doing so.

“And there are indeed many voices who cheer this on because they despise the truckers. So there is a LOT of encouragement — and a clear path now — for other countries to follow suit to take away cherished citizen freedoms simply be declaring dissenting peaceful protesting citizens as ‘terrorists’,” he added.

However, some commentators aren’t entirely convinced that the extraordinary measures taken by the Canadian government will set a precedent.

“I think other countries may look at how the Emergency Order was implemented and subsequently removed days after being effective.  The short timeframe may discourage the use of this as a precedent,” said Torstein Braaten, the head of regulatory affairs and the Chief Compliance Officer at Canada-based crypto-exchange Bitbuy.

Braaten notes that the use of these types of measures would be unique to each country, largely because others would have different legislative requirements and would not have the same Emergency Act that was available to the Canadian Government.

“Ultimately, I don’t think this will be seen as a precedent to guide their reactions to internal disruptions or blockades. They would likely use other powers or laws that are already available to them which were highlighted after the Emergency Order was canceled,” he said.

Braaten also explains that the review of the Emergency Order by the Canadian Parliamentary committee will offer an opportunity to discuss the legitimacy of the Trudeau government’s approach, so it’s possible that recent measures may not even set a precedent in Canada, let alone elsewhere.

The thing about the emergency orders and the Mareva injunction issued by the Canadian government is that, once they have been issued, regulated crypto exchanges and other crypto-based businesses have no choice but to comply with them.

“We are aware of the cryptocurrency alert issued by the [Ontario Provincial Police (OPP)] and [Royal Canadian Mounted Police (RCMP)] and of the Emergency Economic Measures Order. At CoinSmart we strongly believe in regulation, trust, and transparency,” said Justin Hartzman, CEO CoinSmart, a Toronto-based crypto trading platfom.

Hartzman reports that the company takes FINTRAC (Financial Transactions and Reports Analysis Centre of Canada) compliance very seriously and that they have a robust monitoring system for all anti-money laundering (AML)/terrorism financing-related requirements. On the other hand, he adds that it’s “unfortunate” the Emergency Economic Measures Order is indiscriminately targeting the whole crypto ecosystem.

“The addresses associated with this alert have been widely disseminated to the entire crypto community here in Canada and have reportedly been reported to the blockchain monitoring softwares that service the industry worldwide. We will cooperate with the OPP and the RCMP and fulfill our obligations, if any, under the Emergency Economic Measures Order,” he told Cryptonews.com.

Given that centralized regulated exchanges have to comply with this kind of order if they want to remain legitimate, it leaves ordinary cryptoasset holders in something of a bind. Assuming that they worry about the possibility of asset freezes, an increasing number of them may turn to self-custody options as a result.

“The Canadian crypto freeze should be concerning to crypto holders on an exchange. Non-custodial wallets can be essential for crypto holders, allowing users to manage their digital assets and preventing their accounts from being frozen by third parties or regulators,” said Melody Brue.

However, Brue goes on to suggest that it may not simply be a matter of turning to self-custody, but also to peer-to-peer trading.

“Kraken CEO Jesse Powell said on Twitter that the company could not protect users, and it would be forced to comply if it were in a position of being told by police to freeze assets. Perhaps as the Kraken CEO suggested, the only way to balance the freedom to transact with this potential reality is P2P trading,” she said.

Mark Jeffrey suggests that the episode will create new awareness of the old maxim ‘Not your keys, not your crypto’, and that “we’ll see more self-custody for sure.” However, Bitbuy’s Torstein Braaten contends that using centralized exchanges still comes with numerous advantages.

“It is natural for some crypto users to react to governmental intervention; however, we believe that keeping cryptoassets with crypto service providers like Bitbuy still makes a lot of sense for the benefits of having those assets insured and secured in cold wallets without maintaining the keys that could be lost,” he said.

Braaten also explains that, ultimately, users will need to use a crypto service provider to convert back to fiat, something which is currently essential given that directly spending bitcoin isn’t really a live option in much of the world.