U.K. Abandons Effort to Contain Virus as 10,000 May Be Infected

We’re tracking the latest on the coronavirus outbreak and the global response.

U.K. authorities have abandoned efforts to contain the spread of coronavirus and will focus on delaying the worst of the outbreak, as officials said as many as 10,000 Britons may be infected.

Prime Minister Boris Johnson warned “many more” families will lose loved ones and advised everyone with any symptoms of the virus, including a cough or a fever, to stay at home for seven days. Schools will not yet be ordered to close under the plan, though this may change as the disease spreads.

Speaking after a meeting of senior ministers and advisers working on the response to the virus, Johnson said the true scale of the outbreak may be “much higher” than the 590 confirmed cases in the U.K. so far. The peak of the outbreak could be in 10-14 weeks, the government said. 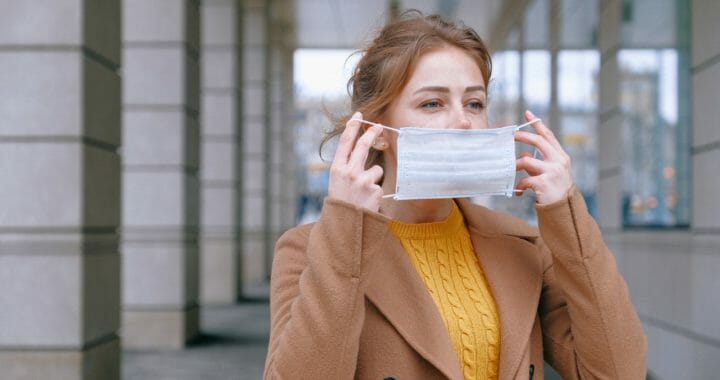 “This is the worst public health crisis for a generation,” Johnson said at a press conference in his Downing Street office. “I must level with the British public, more families, many more families, are going to lose loved ones before their time.”

The shift in the U.K.’s focus from containing the virus to delaying the peak of the outbreak came on a day when global markets tumbled amid rising concern over the economic impact of the pandemic. In London, the FTSE 100 index was down 10%, the biggest fall since 1987.

British government scientists estimate the U.K. is about four weeks behind other countries such as Italy in terms of the development of the outbreak. Chief scientific adviser Patrick Vallance told reporters the true number of cases may be between 5,000 and 10,000. So far 10 people have died.

Overseas school trips should be canceled and anyone over the age of 70 should not travel on a cruise, the government said. Future measures under consideration include:

Next week’s Brexit trade negotiations will now not take place in London as scheduled and the two sides are exploring other ways to continue talks, including video conferencing, they said in a joint statement. The Electoral Commission recommended local elections in May, including for Mayor of London, should be postponed.

The government is drawing up new emergency laws, likely to allow schools to teach larger classes and truck drivers to work longer shifts.

But travel bans like those announced by U.S. President Donald Trump on Wednesday would only be effective with coordinated international action and if they cut 95% of flights from infected areas, Vallance said.

“It’s certainly too late now to be trying to do that,” he said. Measures like screening at airports “sound great but don’t always work,” he told reporters.

Johnson’s announcement came after Scottish First Minister Nicola Sturgeon gave early details of the U.K. decision to reporters. Schools will not be routinely advised to close, because such closures would need to last for months — potentially into the summer, she said.

The decision to move to “delay” the outbreak follows growing pressure on Johnson to take a more aggressive approach to fighting the disease. Medical experts called on the government to ramp up its response, which has mainly focused on telling people to wash their hands regularly, while shunning moves to cancel public events or close schools.

“The government is playing roulette with the public,” Richard Horton, editor of the respected British medical journal The Lancet, said on Twitter this week. Officials have been too slow to implement measures to delay the spread of the virus, including canceling events and “social distancing,” he said.

Empty shelves where toilet paper would be in London, March 12.

That view was echoed by David Nabarro, the World Health Organization’s special envoy on the Covid-19 coronavirus, who told BBC Radio on Thursday that Horton “is right to point out that really urgent action is needed.” He added, though, that it’s not his role to dictate “particular steps” any government must take.

Johnson has staked considerable political capital on adopting what he calls a “science-based” approach to the virus, arguing that some of the dramatic measures implemented in countries like China and Italy — where millions of people are on lock down — aren’t relevant to the U.K.

Chief Medical Officer Chris Whitty defended the strategy and said the timing of government interventions is crucial to the strategy of pushing back the peak of the outbreak.

“We need to do the right things at the right time. If people go too early, they become very fatigued. This is going to be a long haul,” he said. “It is very important we don’t start things in advance of need. There are several things we will need to do in due course which is not appropriate to do at this stage.”