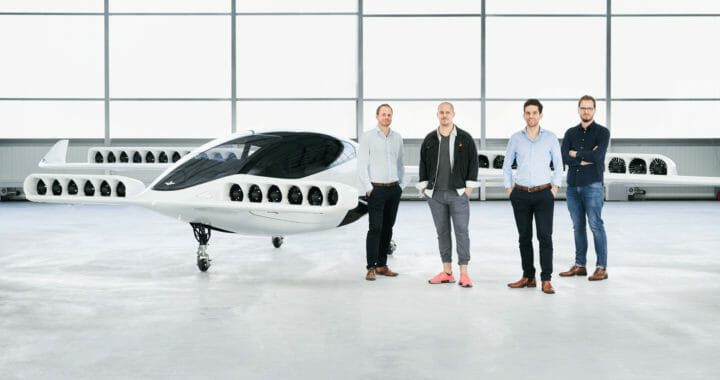 Munich-headquartered Lilium made waves last year with the maiden flight of its five-seater electric aircraft, the Lilium Jet. The vehicle takes off and lands vertically, similar to a helicopter, but is powered by 36 electric jet engines placed in two sets of wings.

The firm has now secured a valuation of more than $1 billion thanks to an extension of a $240 million investment round announced earlier this year, raising it into the ranks of Europe’s unicorn companies. Baillie Gifford has taken a less than 5% stake in Lilium.

The fresh funding takes Lilium’s total investment to date to more than $375 million. The company’s other backers include Tencent, Atomico, Freigeist and LGT.

Remo Gerber, Lilium’s chief commercial officer, said his team first met with Baillie Gifford over two years ago, however the investment manager felt it was “a bit too early” to back the aerospace firm at the time. He added that Baillie Gifford now has “conviction” in Lilium’s growth trajectory.

The company hit a milestone in October when it completed the first phase of testing for the Lilium Jet prototype, which took off and flew about before landing again. It plans to develop the vehicle into a finished product that can take to the skies with people on board.

“What’s happening in the background is 400 engineers working day and night on designing every single component of that aircraft,” Gerber told CNBC in an interview. “You have to think of everything, from how you fly to the body, the windows, the doors. The whole thing is being designed from ground up.”

Edinburgh-based Baillie Gifford is Tesla’s second-largest shareholder, owning a 6.5% stake in the firm, followed by Capital World Investors which holds a 5.8% stake. Other companies backed by Baillie Gifford include Amazon, Spotify, Airbnb and SpaceX.

Tesla CEO Elon Musk is the electric car company’s biggest shareholder, owning 18.5%. Musk, whose Boring Company hopes to transport people through so-called “hyperloop” tunnels at ultra-fast speeds, has expressed doubt about the concept of flying cars. He once compared them to drones that are “1,000 times bigger and noisier.”

From sci-fi to reality

Lilium is one of several companies aiming to make the flying cars of science fiction a reality in the coming years. Multiple competitors, from Uber to compatriot firm Volocopter, have their own take on the technology and are racing to develop it.

The appeal of vertical take-off and landing aircraft is that they are able to take to the skies and land in again in a small space, making them ideal for busy cities. In Lilium’s case, the company claims its vehicle can travel 300 kilometers in an hour after a single charge, rapidly reducing the time it would take to get from one city to another by car or train.

To get a sense of pricing, Lilium says it would charge customers about $70 for a six-minute trip from Manhattan to JFK Airport. The firm plans to eventually release an app that would let users hail the jet like they would a taxi on Uber. Commercial flights are set to take place from 2025.

Gerber said Lilium has had “positive discussions” with regulators on the infrastructure needed to launch air taxis commercially and hopes to reveal where the company’s first ports will be built in a matter of “months” rather than years. The company is weighing the use of existing heliports as well as the development of new infrastructure, ideally on top of train stations.

Like other manufacturers, the coronavirus pandemic also poses challenges for five-year-old Lilium, which is looking to ramp up manufacturing capacity for its aircraft.

“In factories, things have markedly slowed down. But Germany has done a pretty good job in containing the challenges,” Gerber said.

He added the firm is returning “critical staff” to the factory while implementing all necessary safety precautions: “I don’t want to pretend we’re in full scale manufacturing operations.”