The price action over the past few days has undoubtedly been positive for Bitcoin. After bottoming at $8,180 on the day of the block reward halving, the cryptocurrency has shot higher, approaching $9,900 just hours ago.With the price now consolidating around $9,800, analysts are hopeful that BTC will break past $10,000. Yet market data indicates that there’s a building sell wall at the key psychological and technical level that may halt any rally.Bitcoin Sell Wall Worth Dozens of Millions Could Halt RallyAccording to order book data of Bitfinex’s BTC/USD market shared by a popular crypto trader, there’s a massive block of orders looking to sell Bitcoin around $10,000 that may be hard to break past.Bitfinex’s order book suggests that from $9,900 to $10,600, there is ~4,200 Bitcoin worth of sell orders, most of which are clustered around $10,000-10,200. That means on one exchange alone, there is over $40 million worth of sell-side pressure if the cryptocurrency attempts to rally past $10,000.Order book (BTC/USD) screenshot from Majin (@Majinsayan on Twitter), a crypto trading.Similarly, another trader noted two days ago that according to market data, there is 2,461 BTC worth of sell orders at $10,000 on Binance and 500 BTC worth of sell orders at $10,000 on Bitstamp.It is unclear if the aforementioned sell walls on these other exchanges exist, but it is clear deep pockets are hesitant to let Bitcoin pass $10,000.Dangerous PrecedentOver $40 million in sell orders may not seem like a lot in a market where dozens of billions of dollars worth of cryptocurrency changes hands each day. But the last time Bitcoin saw a sell wall similar to the current one, it crashed.As reported by NewsBTC previously, on May 9th the cryptocurrency encountered a massive $30 million sell wall from the price of $10,010 until $10,230.

Chart from Nik Yaremchuk, a former analyst at crypto fund Adaptive Capital. It indicates there’s massive selling pressure building above the Bitcoin price.In the two days after this sell wall was encountered, the cryptocurrency plunged $2,000, crushed as bulls failed to surmount that key level.Bitcoin Will Eventually Break Past ItDespite these fears of a sell wall halting a Bitcoin rally, analysts remain optimistic, citing the technical outlook.One prominent trade, for instance, recently shared the chart below. It indicates that despite the correction over the past few days, Bitcoin remains above a key resistance: the downtrend that was formed after BTC topped at $14,000 in 2019. This is a positive time, he suggested when he wrote:“Zooming out on the three-day chart we can clearly see the downtrend from the 14k high is already broken and we are simply consolidating and retesting here.” 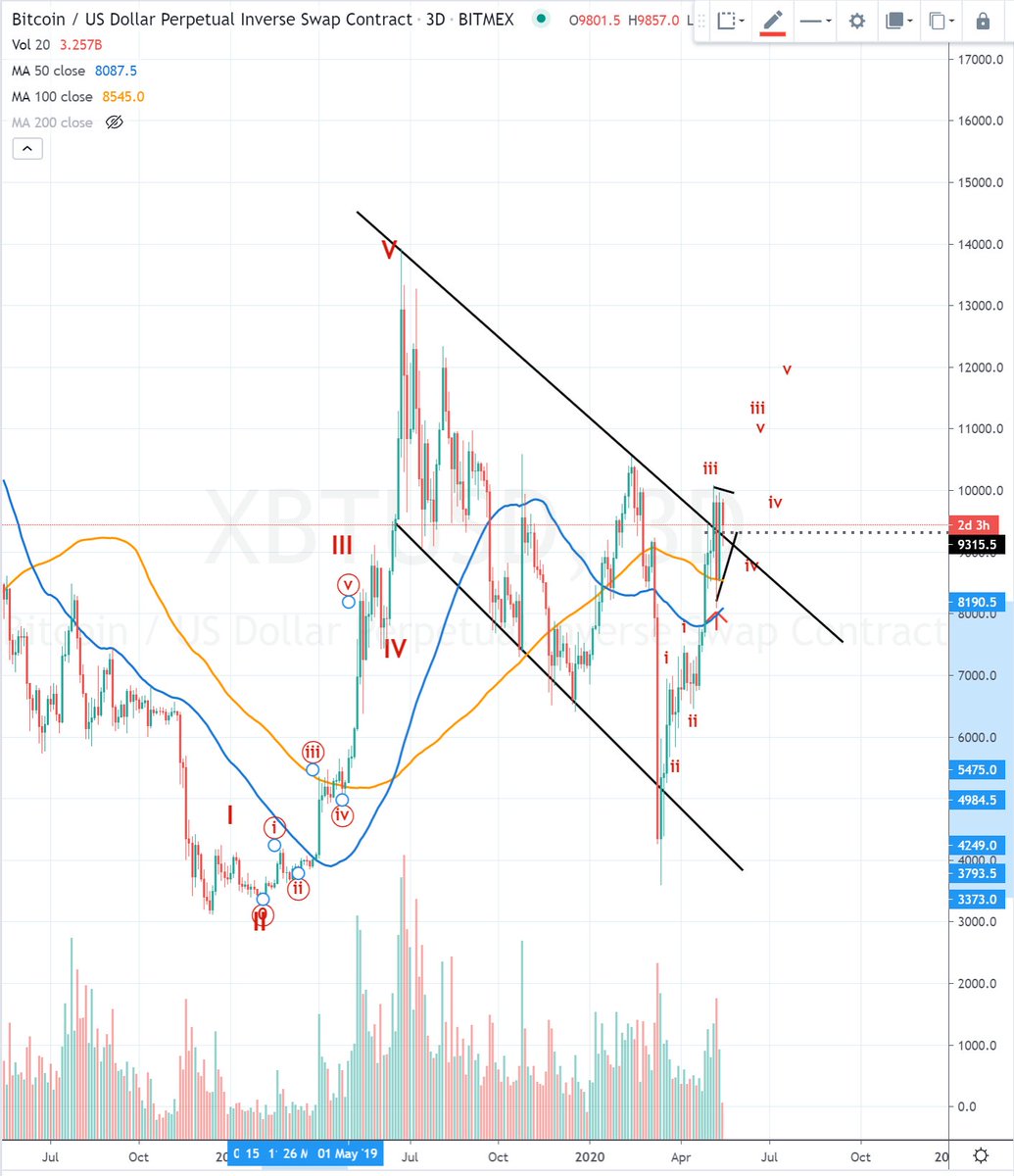 Price chart from @SmartContracter on Twitter, a prominent cryptocurrency trader. The chart depicts Bitcoin breaking past the downtrend that has been in place since the bull market top at $14,000 in 2019.Featured Image from Lucas Law on Unsplash