There are echoes of a crash from 30 years ago in the pain of the global housing market. This is due to rising interest rates and a lack of affordable housing.

When COVID shut down the UK economy in 2020, the government stepped in to help the real estate market by lowering the tax on purchases. The temporary measure made buyers crazy, and as a result, they bid up the average prices by £31,000 ($35,000), which is more than double the amount of tax savings they could get.

The frenzy was similar to what happened before the house price crash at the end of the 1980s. At that time, the government said it would cut a tax break for couples buying a home, which caused a surge in demand. The next drop was very bad, and it took almost nine years for the market to get back to where it had been.

Simon French, the chief economist at investment bank Panmure Gordon, says that the housing market is now facing similar problems. He says that house prices will fall by 14% over the next three years. In real terms, that would bring prices back to where they were in 2013. Bloomberg Economics thinks that prices will fall by about 10% over the next year.

Not only are real estate markets in the United Kingdom exhibiting symptoms of crashes from 30 years ago.

Australia, Canada, and Sweden, which were the big losers at the time, all saw home prices hit all-time highs in the last few years because cheap credit made it possible for people to buy homes even as prices went up. But now, they have to pay the price because the central banks are trying to stop inflation.

This means that interest rates are going up quickly, ending the era of easy money that has been going on since the global financial crisis of 2008. There are also effects on people’s wealth and economic growth at a time when many countries are already at risk of going into a recession.

Manoj Pradhan, the founder of research firm Talking Heads Macroeconomics and a former economist at Morgan Stanley, said, “There are similarities between now and then.” But rising inflation shows that “things could be a lot worse.” Compared to that time, the amount of debt and how much it has grown are both quite high. There’s a lot at stake when interest rates go up.

Here’s a look at some of the most important changes that have happened in countries where real estate is at risk or is already falling.

If you drive from Toronto’s main airport toward downtown, you will see row after row of apartment buildings built during the “easy money” period.

This reminds me of the boom in the city in the 1980s, which was caused by speculation on condos and ended quickly, sending prices down. Then, as now, inflation was on the rise, and to stop it, interest rates had to go up sharply. When mortgage rates hit 13% in 1990, the Toronto housing market went into a deep freeze that lasted for years. Sales went down, and prices didn’t get back to where they were before until 1996, after they had lost more than a quarter of their value.

The economy is doing better now than it was before. But prices have been going up for almost 25 years in a row, so Toronto is looking shaky again. The National Bank of Canada says that affordability is just as bad as it was during the bubble in the late 1980s. The economics department of the Royal Bank of Canada calls it a “historic correction” and says that the number of resold homes across the country may fall more than they did from peak to trough in the early 1990s.

This time, the suburbs and small cities near Toronto, where people went when COVID hit to find more space, were the places where people talked about it the most.

There, the right answer came quickly. The benchmark price has dropped 16% in the Ontario cities of Kitchener and Waterloo, which are about a 90-minute drive to the west. In Oakville and Milton, two nearby suburbs where many people who work in finance live, they’ve dropped 14%.

But prices are still much higher than they were before the pandemic, so more drops could be on the way.

Pictures of unfinished housing blocks show how bad the real estate market in China is, since people are paying for homes they can’t live in. This year, people who bought homes threatened to stop paying their mortgages because of this.

S&P Global Ratings estimates that developers have stopped building about 2 million unfinished homes that have already been sold. This reminds me of a real estate bust that happened 30 years ago on “China’s Hawaii,” the tropical resort island of Hainan.

In the 1980s, when it was one of the first places in China to open up its economy, people moved there looking for work, which led to the rise of real estate developers. That made more people want to buy homes, which led to the country’s first real estate entrepreneurs, like Pan Shiyi, who started Soho China Ltd.

Between 1989 and 1992, home prices went up by more than three times what they were in 1989. However, the boom ended the following year when Beijing tightened monetary policy and stopped lending to the sector. At the time, local media said that more than 600 buildings were left empty. 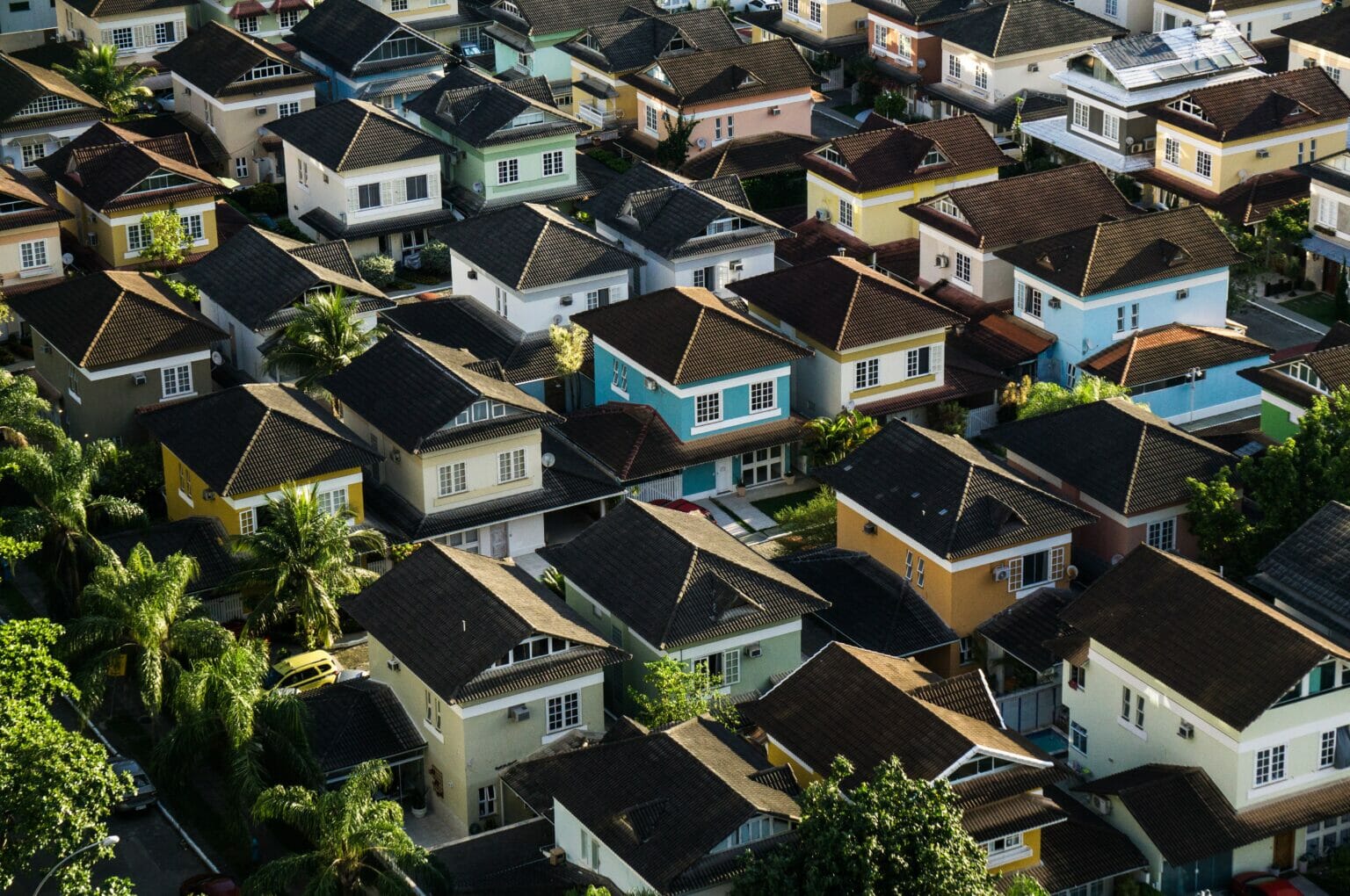 China has used similar policies over the last three years to stop its growth from getting out of hand. Financing is hard to get, and the government has asked banks to slow the rate at which they give out mortgages. This led to a wave of defaults and millions of square feet of buildings that were never finished.

In 1999, the State Council stepped in to help finish unfinished projects, like building housing for low-income workers. The government is using this strategy again by offering 200 billion yuan ($28 billion) in special loans to get housing projects that have stopped moving forward back on track.

George Magnus, a research associate at the China Centre at Oxford University, says that the fundamentals look “pretty glum for the foreseeable future.”

Even though many economists say that the housing slump won’t get much worse and that the stimulus will start to work this year or next, few are predicting a sharp recovery. But the policy changes and the gradual loosening of restrictions on COVID may help the market find a bottom.

Australia
During the pandemic, home prices in Australia went up a lot. However, the central bank has raised its benchmark interest rate by 250 basis points in just a few months, and the market is now going down.

Tim Lawless, the research director at CoreLogic, says that prices are falling faster than they did during the recessions of the early 1980s and early 1990s.

The value of homes in Australia’s eight capital cities, which are all part of the firm’s combined capital index, has dropped 5.5% in the last five months. During the recession of the 1990s, home prices fell by 2.9% during the same time period. Even worse, prices in Sydney have been going down for eight months in a row and are now 9% below their peak.

“Interest rates went up the fastest in 1994,” said Paul Cameron, a senior economist at the real estate company PropTrack. “The property market kind of went down twice: once after prices went up in 1989, and then again after interest rates went up. Right now, we have both of these situations. “

One worry in Australia, and in other economies as well, is that household finances are getting tight. The ratio of debt to income is now 187%. In the 1990s, it was around 70%.

“It could be argued that households are much more sensitive to the cost of debt now than they were during those other recessions,” Lawless said, but he stressed that the economy and employment are still strong.

Sweden
The same things are going on in Sweden. Even though the pandemic was going on, real estate sales kept going up. However, that has changed since interest rates went from 0% to 1.75 % this year.

Some measures show that house prices are falling at a record rate, and rising rates are putting pressure on commercial property companies with a lot of debt. This is similar to the financial crisis of the 1990s.

Back then, credit deregulation led to a bubble in commercial real estate, which was popped when rates went up. The bust, which sent shockwaves through the financial industry, put Sweden in a crisis that caused public debt and unemployment to go up and forced the government to take over private banks that were in trouble.

Even though policymakers are worried, there are things that could stop things from getting out of hand in the same way. Commercial property owners have a lot less debt than they did at the start of the 1990s, which came after a time when credit grew quickly.

But at the same time, borrowing by households is a huge risk since the ratio of debt to income is now around 200%, which is much higher than the 150% it was before the global financial crisis.

UK
Back in the UK, the government of Prime Minister Liz Truss has cut the rate of stamp duty again to help the market.

That was announced as part of a big tax cut, some of which was later cancelled, which shook up the UK markets. Bond yields went up, which made mortgage interest rates go up. Some lenders even pulled their home loan products off the market because of this.

Because of this, it will be hard to boost demand, which, according to Zoopla, has dropped 20% since the so-called mini-budget and is now at its lowest level since the pandemic began.

“The steep repricing of mortgages, with rates not seen in more than a decade and a sharp drop in affordability,” said Iwona Hovenko, a housing analyst for Bloomberg Intelligence in Europe, “may shock buyers and stop housing activity until rates normalise at least a little and buyers change their expectations.”

Before the stamp duty cut, Hamptons International warned that home prices are likely to go down if the Bank of England’s base rate goes above 2.5%. It’s already at 2.25%, and by early next month, it’s expected to go up to at least 3%. This month, the average 5-year fixed-rate mortgage hit a 14-year high.

“Rather than a credit crunch, the current shock looks more like the one that hit in the early 1990s, when interest rates went up, house prices went down, and the recovery was slow,” said Niraj Shah, an economist at Bloomberg Economics.

Danny Dorling, a professor of human geography at the University of Oxford who has studied the UK crash of the 1990s, says that the last two housing slumps began in London and then spread from there.

And there are now signs of trouble in the capital. Acadata Ltd., a research firm, says that prices are more than £4,000 lower than their peak in February and that values are going down in 10 of the city’s 33 boroughs.

Hugh Hendry, a real estate investor and former hedge fund manager, said, “Real estate is another asset that will be hurt by the Fed and other central banks around the world.” “Investors who are worried will sell, and prices will drop.”