Shares of Virgin Galactic plunged alongside the rest of the U.S. stock market in early trading Monday, as the speculative stock initially appeared susceptible to the broad sell-off that came amid increased coronavirus concerns.

But then, heading into the last couple hours of trading, Virgin Galactic’s stock inexplicably reversed course. After falling as much as 14%, shares of Virgin Galactic climbed nearly 8% on strong trading volume. It then tapered off, closing up just 1.2%. 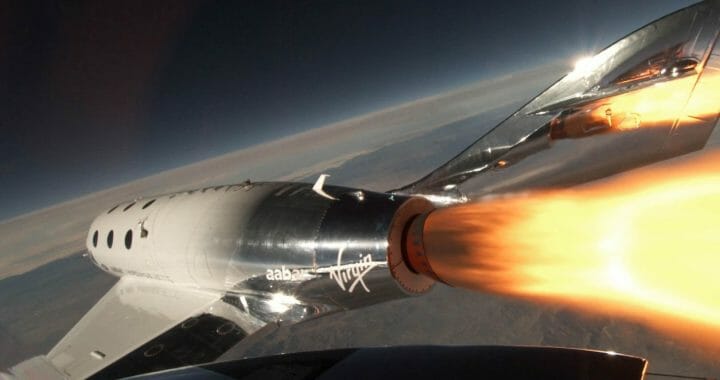 The space tourism stock recently became the favorite speculative investment on Wall Street. Virgin Galactic shares have seen a huge jump in demand in the past few week and, at one point, climbed for eight consecutive days in a row. The stock has continued a breakneck rally since the beginning of the year, up over 200%.

Speculative trading in stocks that are jumping like Virgin Galactic is a “late cycle” market characteristic, where investors look for stocks that will continue outperform after a bull market has run for years.

“In a world right now where there is slowing growth, there is a search on for anything growth related … and what’s cooler than electric vehicles and space?” Peter Boockvar, chief investment officer at Bleakley Advisory Group, told CNBC last week.

Virgin Galactic is scheduled to announced fourth-quarter results after the market closes on Tuesday. The company is expected to provide updates to some closely watched metrics during its Q4 earnings call, like the demand for future space tourism customers.