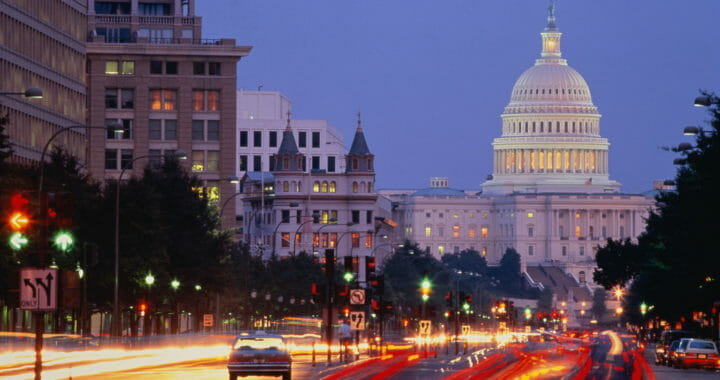 Banks are scrambling to process a growing backlog of applications for the U.S. program designed to funnel at least $350 billion in relief to small businesses struggling during the coronavirus pandemic.

Massive demand for the program in its first week has been met with several time-consuming bottlenecks at lenders and with the Small Business Administration portal the companies use to get loans approved.

For instance, the two biggest U.S. banks, JPMorgan Chase and Bank of America, had a combined 625,000 in requests for $80 billion in loans as of Tuesday. But because the companies are relying on armies of employees to manually take in customers’ information, verify loan amounts and input data into the SBA system, only a small fraction of that has actually been paid out so far, according to people with knowledge of the situation.

Bank of America CEO Brian Moynihan acknowledged that while his firm was the first major lender to begin accepting applications last week, it has contributed only a “modest amount” to the figure of completed deals.

“We are beginning to process those through to the SBA,” Moynihan said Tuesday during a White House briefing. To speed the process, “it will take an automated feed, which the SBA team is working hard to get set up because when this starts coming, it’s coming with a lot of volume.”

The delays in accepting applications, processing them and disbursing money are heightening anxiety and confusion about the Paycheck Protection Program, a cornerstone of the Trump administration’s $2 trillion response to the coronavirus crisis. It was designed to give small businesses a lifeline with government-backed loans that are forgiven if used for payroll or other approved expenses.

Big banks had just a few days to create digital portals for the loan program and are working on ways to automate the intake of customer data, vetting of applications including the sizes of loans and entry into the SBA’s E-Tran portal. Once that occurs, it should drastically speed up the process.

But the issues have been compounded by two major factors outside banks’ control: Problems with the SBA’s antiquated E-Tran system and waiting for technical language from the agency on promissory notes and authorization forms, according to industry sources.

E-Tran was unavailable for most of Monday and even when it was online, operating it is slow and balky, according to several bankers at large and small institutions. The system, which handled $28 billion in loans all of last year, forces users to restart applications if they are off by a single letter. One bank said that a single application took well over an hour to complete.

While the SBA has denied problems with E-Tran, an industry group took the rare step of publicly rebuking the administration’s technology, saying in an April 4 letter to the Treasury and the SBA that “community bankers are frustrated with failed technology links and portals.”

On top of that, in the first days of the program, the SBA warned lenders that the system was generating erroneous forms: “Please do not close any loans using the current version of the loan authorization!”

Some banks are using their own promissory notes, meaning they run the risk that the SBA could reject the loan for forgiveness, according to the people. Loans with built-in forgiveness are unusual, and banks are treading carefully.

“We haven’t gotten the promissory note and the authorization form,” said one of the people. “It’s not about banks being sticklers. If the SBA later says an ‘I’ is not dotted or a ‘T’ is not crossed, then the loan isn’t eligible for forgiveness and the business owner might have to repay it.”

The backlog wasn’t just at large institutions. At First Bank, a New Jersey-based community lender with $2 billion in assets, employees who handle five or six SBA loans in a typical year are processing 500 right now, according to CEO Patrick Ryan.

“We’ve clearly got a logistical issue, which is how do we get through this mountain of applications?” Ryan said. He’s diverted bankers to the task, but unlike Bank of America or Chase, he doesn’t have the budget to automate things.

Since the program was announced, bankers have been careful to lavish praise on the relief project and the administration in public settings like White House briefings. In private, many have expressed frustration that officials have given them impossible deadlines and set customer expectations too high, setting up banks to be the recipient of customer backlash.

Just hours before the program was set to kick off last week, Treasury Secretary Steven Mnuchin declared that banks were ready for the program, all FDIC-insured banks would participate and that people applying would get cash immediately. In hindsight, it was more of an aspirational goal.

“This will be up and running tomorrow,” Mnuchin said Thursday. “I encourage all small businesses that have 500 or fewer people, please contact your lenders. Any FDIC institution will be able to do this. Any credit union, existing SBA lenders and fintech lenders. You get the money. You’ll get it the same day.”

Predictably, frustrated customers took to social media to complain and elected officials assigned blame. Sen. Marco Rubiolambasted Bank of America for prioritizing customers with existing loans at the start of the program, even though the lender beat Wells Fargo and Citigroup in getting its portal up and running.

Joseph Amato, a district director for the SBA, lashed out at banks earlier this week, saying in a discussion posted online that banks took “free money” after the 2008 financial crisis and turned their backs on small business borrowers.

“We’re trying to work quickly with national non-bank lenders and other sources that may make up the difference for the companies like, sadly, Bank of America and Wells Fargo and Chase that haven’t really stepped up to the plate to take on all the small business they can,” Amato said.

Amid the confusion and finger-pointing, elected officials are moving to add another $250 billion to the small business program, which should assuage widespread fears that money in the first-come, first-served program will run out.

Mark Eichenlaub, owner of a commercial cleaning business near Chicago, said he applied for a Chase loan on Friday, the first day of the program. He believes he needs about $25,000 to cover payroll for his 14 employees for two months.

On Monday Eichenlaub got an email saying that his application was received, but no further information on whether he would be approved.

“It’s upsetting,” he said. “The clock is ticking and the funds are supposedly being used up.”