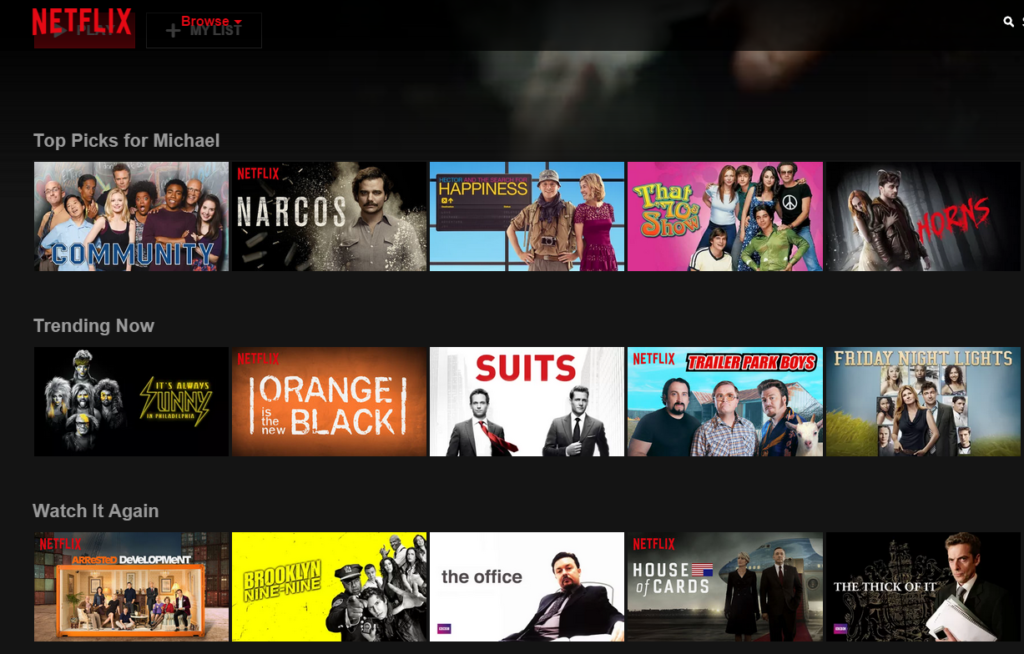 Netflix delivered a big jump in subscribers, but the stock bounced around in immediate reaction to the earnings release. It was initially up 10% before settling to less than a 1% gain in after-hours trading, as the company offered conservative guidance. The company also said it could not accurately predict future subscriber growth due to the coronavirus pandemic, calling its estimates “guesswork.”

Here is what Netflix reported:

Wall Street was anticipating earnings per share of $1.65 on revenue of $5.76 billion, based on Refinitiv consensus estimates. Global subscriber net additions were expected to be 8.2 million, according Street Account. However, it’s difficult to compare reported earnings to analyst estimates for Netflix’s first quarter, as the impact of the coronavirus pandemic on earnings is complicated to assess.

In its letter to shareholders, Netflix said it expects viewership and subscriptions to spike this quarter, but warned of an expected decline in viewership and slowdown in growth down the road as people come out of lockdown orders around the world.

Netflix said it expects 7.5 million global paid subscriber additions in Q2, but warned the number was “mostly guesswork” since it can’t know when stay-at-home orders around the world will be lifted. It expects lower net subscriber additions in the third quarter as more economies open and because its third quarter last year included new seasons of popular series “Stranger Things” and “Money Heist.”

“We don’t use the words guess and guesswork lightly,” CEO Reed Hastings said on the company’s earnings interview. “We use them because it’s a bunch of us feeling the wind and it’s hard to say. But again, will internet entertainment be more and more important over the next five years? Nothing’s changed in that.”

The company said shows and films it expected to release in the second quarter are still on track to release as planned since their filming had already completed. Netflix said it would have additional cash on hand to as production dates are on pause and that it would make up for some of the loss of content with licenses films and TV series.

Netflix also said that the strength of the U.S. dollar will hurt its international revenue.

Chief Product Officer Greg Peters said Netflix has seen churn return to similar rates prior to its price increase and said the company is “not even thinking about” another price increase given the current situation.

The company said it had slowed down its network use by 25% in countries where it had been requested to do so. Both Netflix and Google’s YouTube announced they would cut streaming quality in Europe to help ensure smooth internet connections. It’s working with internet service providers (ISPs) to expand capacity so it can lift those restrictions and return its service to its typical standards.

Moving beyond the initial phase of the crisis, Netflix will face new issues as shows and movies it was scheduled to film has been postponed. Production has ground to mostly a halt as Netflix has committed to spending $150 million to help the industry through the crisis. This includes a $100 million fund to assist workers in the TV and film industry hurt by the crisis and a $30 million donation to third parties and non-profits to assist crew in cast in countries where Netflix has a big production presence.

In order to resume production, Netflix will look for the ability to test for the virus and try to learn from its current experiences filming in Iceland and South Korea, Chief Content Officer Ted Sarandos said on the company’s earnings interview.

Sarandos said it was clear early on that “Tiger King” would be a hit.

“We knew kind of right out of the gate and you could feel it in the social media excitement and it turned out just to be such an unbelievably well-timed distraction for what was happening in the world that gave people something to talk about that wasn’t necessarily in the headlines,” Sarandos said.

The company has been experimenting with how it releases shows as it did with the reality series “Love is Blind,” releasing a few episodes at a time. So far, Sarandos said, viewers still seem to like having all of the episodes available to them and said he doesn’t anticipate “moving away from that meaningfully.”

Prior to the crisis, one of the biggest headwinds for Netflix seemed to be the growing competition in the streaming space from companies including Disney. Hastings praised the company’s launch of Disney+ on the earnings interview, saying he’s “been so impressed” with its execution.

“Over 20 years of watching different businesses incumbents like Blockbuster and Walmart and all these companies, I’ve never seen such a good execution of the incumbent learning the new way and mastering it,” Hastings said. “And then to have them achieve over 50 million [subscribers] in six months, it’s stunning. So to see both the execution and the numbers line up, my hat’s off to them.”

Hastings said Netflix is making sure to keep its family and animation content up to speed as it continues to compete with Disney’s impressive family-friendly library.

“We’ll get part of consumer’s viewing,” Hastings said. “No one’s going to get it all.”