SoftBank reported its first quarterly loss in 14 years on Wednesday, whiplashed by an $8.9 billion hit at its giant Vision Fund and marking a rare, humbling moment for CEO Masayoshi Son over his backing of troubled startup WeWork.

The scale of the loss shows the risks in Son’s strategy of splashing out big on cash-burning startups. It has also cast a pall on his efforts to raise a second massive fund.

WeWork’s spectacular flame-out this year has sparked questions about Son’s judgment in backing unconventional tech founders such as WeWork’s Adam Neumann. SoftBank was forced last month to spend more than $10 billion to bail out the office-sharing startup after its IPO attempt flopped. 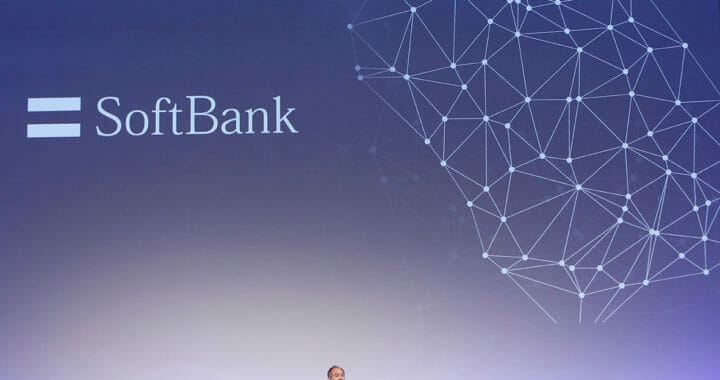 “My investment judgment was poor in many ways and I am reflecting deeply on that,” Son, 62, told a news conference following the results. It was a remarkable admission for an executive well known for his ebullience.

He said he had turned a blind eye to problems with Neumann in areas such as corporate governance. Nevertheless, Son was defiant that WeWork was still a solid business, saying there would be a “hockey stick” recovery in its profits eventually.

SoftBank said its $100 billion Vision Fund contributed an operating loss of 970 billion yen ($8.9 billion) during the July-September quarter, and an unrealized loss of 537.9 billion yen for the six months of the year as the value of its tech bets such as WeWork and Uber Technologies tumbled.

Overall, the group posted an operating loss of 704 billion yen ($6.5 billion) in the July-September quarter compared to a 706 billion yen profit in the same period a year earlier and a 48 billion yen loss forecast by analysts, according to Refinitiv.

It wrote down the value of its investment in WeWork by $3.4 billion in the second quarter and expected the loss to widen to $4.6 billion in the current fiscal year.

The results are likely to put a renewed focus on SoftBank’s considerable debt pile. It has more than $51 billion in outstanding bonds and another $36 billion in bank loans. Its weighted average cost of debt is 3.7%, the seventh-highest among all companies on the Nikkei 225 Stock Average, according to Refinitiv data. Both Moody’s and S&P rate its debt as junk.

The Saudi Arabia-backed Vision Fund, which is run by ex-Deutsche Bank banker Rajeev Misra, has invested $70.7 billion in 88 companies at the end of September. Those investments are now worth $77.6 billion excluding exits, it said.

With increased market scrutiny over the path to profitability for many of its bets on unproven startups, Son was also more cautious about the timings of IPOs- an essential step to unlock capital to keep its investment juggernaut growing.

Son said he expects the second Vision Fund to go ahead as scheduled, and at a similar size to the first fund, but he declined to provide an update on negotiations with investors.

The value of most of the fund’s listed investments, including Uber, Slack Technologies and Guardant Health fell over the quarter.

At Uber, that slide has continued as losses continue to mount and a post-IPO share lock-up ends, with its shares hitting new lows this week.

SoftBank’s investing activities are propped up by other pillars of Son’s empire including domestic telecoms operator SoftBank Corp, which on Tuesday reported a 9% rise in second-quarter operating profit, beating estimates, buoyed by its cash-cow mobile business.

SoftBank did not release a forecast for the current business year, saying there were too many uncertain factors.