Loans or grants? European leaders set to face off over coronavirus relief 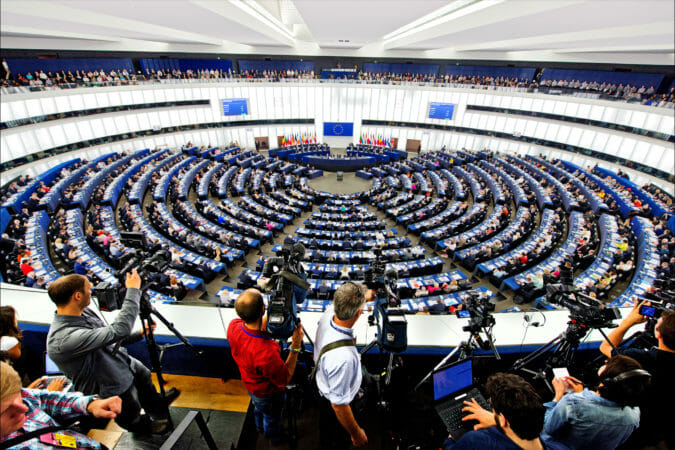 There’s a lot at stake when European leaders host their fourth coronavirus call Thursday as they seek further funding to alleviate the economic shock from the pandemic.

Every EU country agrees that the region needs more than the 500 billion euro ($538 billion) package that their finance ministers put together earlier this month. However, there are deep political divisions on how to go about it.

The 27 EU members want a “Recovery Fund,” but they have yet to figure out how to finance it, how big it should be, and what it should be made of.

“Where we need a great deal of work is on the recovery fund,” an EU official, who didn’t want to be named due to the sensitive nature of the talks, told CNBC Tuesday.

The heads of state will have an initial discussion on the matter, but they are not expected to reach a conclusion Thursday, two other European officials told CNBC Wednesday.

European Council President Charles Michel, who chairs discussions among the 27 leaders, has suggested that there should be a link between the recovery fund and the EU’s next seven-year budget.

“I propose that we task the (European) Commission to analyse the exact needs and come up with a proposal that is commensurate with the challenge we are facing,” Michel said in a letter to the 27 governments.

He added that it should be up to the European Commission, the executive arm of the EU, to clarify the link between the recovery fund and the next EU budget, which “will in any event be at the heart of the EU’s contribution to recovery and will need to be adjusted to deal with the current crisis and its aftermath.”

A failure to make and confirm at least some progress on these issues beyond saying that talks must continue would be a bad outcome.
Berenberg analysts

Prior to the surge in Covid-19 infections in Europe, the EU was embroiled in discussions over its next budget, which will fund initiatives across the bloc between 2021 and 2027. The debate, which is always politically sensitive, has become even more difficult with the ongoing health crisis.

Some of the country contributions might have to be frontloaded to deal with the economic ramifications of Covid-19. The overall budget might also have to be bigger. Both scenarios are tricky as they involve higher contributions from the different capitals to the EU.

“A failure to make and confirm at least some progress on these issues beyond saying that talks must continue would be a bad outcome. In such a case, spreads may widen despite heavy ECB intervention,” analysts at Berenberg said in a note Thursday.

Government bond yields for Europe’s so-called peripheral nations have risen in recent days as traders have concerns about extreme debt levels in a post-pandemic world. Yields have an inverse relationship with a bond’s price. A spread refers to the difference in the yields between countries like Germany and Italy, which can highlight how fearful investors have become on owning European debt.

watch now
VIDEO03:23
EU is in an existential period and risks return to populism, analyst says

“There are several problems that are not yet addressed and amplify the pressure on periphery spreads despite a rally in many global risk assets,” Morgan Stanley analysts said in a note Wednesday.

In the aftermath of the sovereign debt crisis of 2011, many Europeans began supporting parties that challenge the foundations of the European Union. Though most Europeans still favor the European project, the growing anti-EU sentiment has already led to more political fragmentation across national parliaments.

“The EU and the euro zone have already damaged themselves through the loud dispute of the last five weeks. To contain the anti-EU political backlash in parts of Southern Europe, the EU now needs to send a stronger signal than would have been required in March,” the Berenberg analysts said.