The risk that the Federal Reserve accidentally tips the U.S. economy into recession as it combats inflation is rising, according to JPMorgan Chase CEO Jamie Dimon. “I’m simply pointing out that those are storm clouds on the horizon that may disappear, they may not,” Dimon said. In the event that a recession does develop, the bank would “have to put up a lot more” for loan loss reserves, Dimon told reporters.

The risk that the Federal Reserve accidentally tips the U.S. economy into recession as it combats inflation is rising, according to JPMorgan Chase CEO Jamie Dimon.

The CEO of the biggest U.S. bank by assets said Wednesday that economic growth will continue at least through the second and third quarters of this year, fueled by consumers and businesses flush with cash and paying off debts on time.

“After that, it’s hard to predict. You’ve got two other very large countervailing factors which you guys are all completely aware of,” Dimon told analysts, naming inflation and quantitative tightening, or the reversal of Fed bond-buying policies. “You’ve never seen that before. I’m simply pointing out that those are storm clouds on the horizon that may disappear, they may not.”

Dimon’s remarks show just how quickly major events can change the economic landscape. A year ago, he said the U.S. was enjoying an economic “Goldilocks moment” of high growth coupled with manageable inflation that could last through 2023. But stubbornly high inflation and a host of possible impacts from Russia’s invasion of Ukraine have clouded that picture.

The risks spilled into view on Wednesday, when JPMorgan posted a 42% profit decline from a year earlier on increased costs for bad loans and market upheaval caused by the Ukraine war.

Specifically, the bank took a $902 million charge for building loan loss reserves, a stark reversal from a year ago, when it released $5.2 billion in reserves.

JPMorgan made the move — unusual because executives said borrowers of all income levels are still paying their bills — as odds increased of a “Fed-induced” recession, according to CFO Jeremy Barnum. In the past, the Fed has hiked rates to the point that the U.S. economy shrinks. Last month, the Fed hiked its benchmark rate and said increases could come at each of the remaining six meetings this year.

Bank stocks have been hammered this year, despite rising interest rates, which tend to improve their lending margins. That’s because parts of the yield curve have flattened and even inverted this year, which is a highly watched indication of a possible recession in the future. 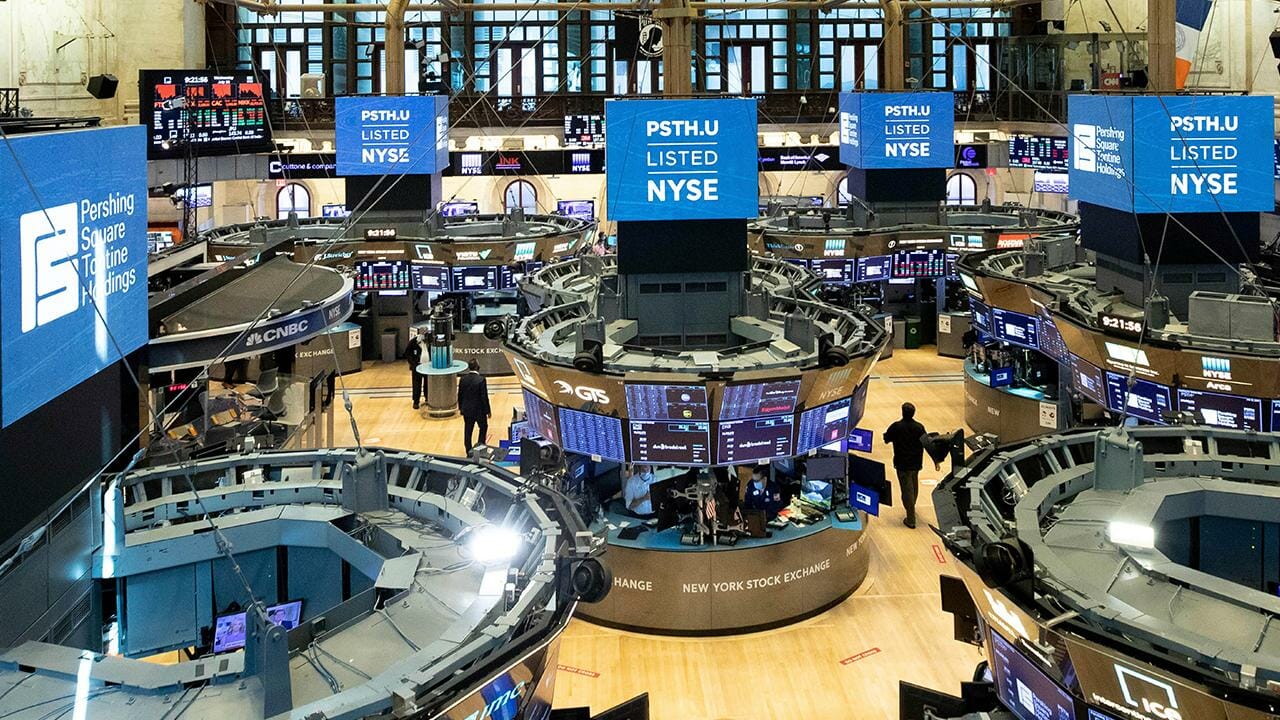 The JPMorgan executives made it clear that they weren’t predicting a recession; but that high inflation, exacerbated by the impacts of the Ukraine war and Covid, as well as Fed actions have made it more likely than before. Managers have to survey a variety of hypothetical, probability-weighted scenarios in judging how much in reserves to set aside.

“Those are very powerful forces and these things are going to collide at one point, probably sometime next year,” Dimon said during a media conference call. “And no one actually knows what’s going to turn out so I’m not predicting a recession. But you know, is it possible? Absolutely.”

In the event that a recession does develop, the bank would “have to put up a lot more” for loan loss reserves, Dimon told reporters. JPMorgan shares dropped 3.2% on Wednesday, making a new 52-week low.

“Wars have unpredictable outcomes, you’ve already seen in oil markets. The oil markets are precarious,” Dimon said. “I hope those things all disappear and go away; we have a soft landing and the war is resolved, okay. I just wouldn’t bet on all of that.”