How the Impossible Burger is changing the debate over GMO foods

Impossible Foods has claimed a spot on the menus of fast-food chains like Restaurant Brands International’s Burger King and White Castle, making it a major player in the growing alternative meat market. One thing separating it from the crowd: GMOs.

Unlike its biggest competitor Beyond Meat, which touts Non-GMO Project verification for all its plant-based proteins, Impossible Foods uses multiple genetically modified ingredients.

As more restaurants begin to sell Impossible Burgers, anti-GMO organizations are worried they’re moving in the wrong direction — both for the environment and for public health.

Since Impossible Foods first debuted in restaurants, advocacy groups including the Center for Food Safety, Non-GMO Project and Friends of the Earth all have raised concerns with the available research on its products’ ingredients.

“We need to invest in solutions that have proven to be sustainable for people and the environment, not be led by PR and investor hype,” said Dana Perls, the senior food and agriculture campaigner for Friends of the Earth.

Impossible Foods has written extensively on its use of genetic engineering, stating that its products’ safety is backed up by numerous scientific experiments and calling some voices of opposition “anti-science.”

GMO soy and the science behind the burger

In addition to GMO soy protein, one of Impossible Foods’ key ingredients is heme, a molecule the company says makes its burger “bleed” and taste like real meat. While the company initially extracted it from the root nodules of non-GMO soybean plants, it needed a more efficient method to meet high consumer demand.

Enter soy leghemoglobin, short for legume hemoglobin, a genetically engineered protein made by splicing soybean DNA into yeast, which is then fermented. The new process allowed the company to ramp up production without destroying millions of soybean plants.

In 2017 Impossible Foods submitted to the FDA a “Generally Recognized As Safe,” or GRAS, notice — a 1,066-page document of detailed scientific research and data on its ingredients — to determine the safety of its soy leghemoglobin.

The FDA responded to the notice in July 2019 with “no questions,” giving the green light for Impossible Foods to sell its frozen products in supermarkets.

Non-GMO activists argued that the FDA should not allow companies to self-report their own research, which they say is like “allowing the fox to guard the henhouse.”

Rachel Konrad, the chief communications officer for Impossible Foods, said in an email to CNBC that the American Medical Association; the World Health Organization; and the National Academy of Sciences, Engineering, and Medicine all agree that GMOs are safe for human consumption. 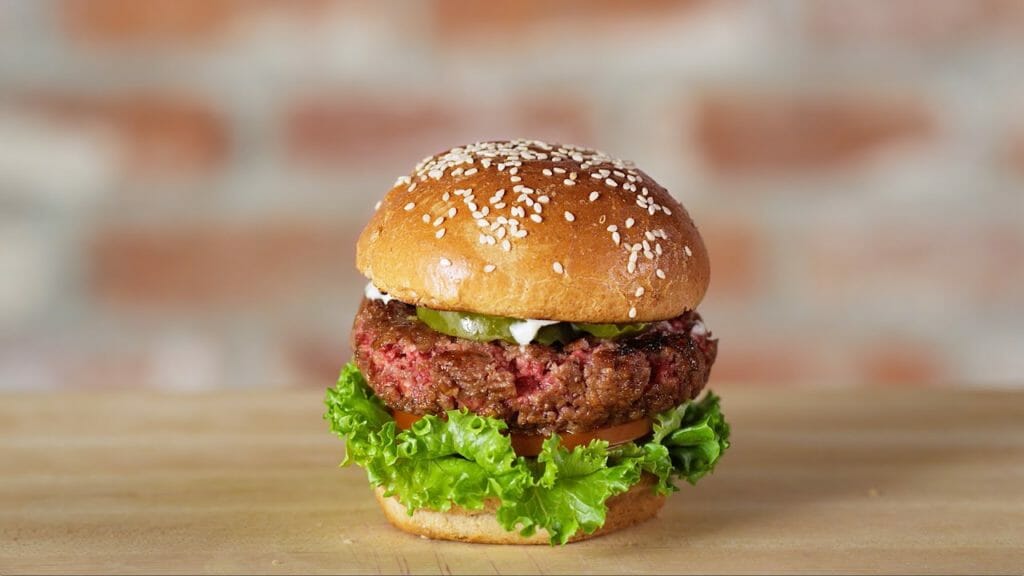 Consumers are becoming more aware of the impact their purchases have on their bodies and on the planet.

“The reason that about 95% of the U.S. soy crop is genetically engineered is precisely because farmers, food makers and ultimately consumers have confidence in the safety and nutrition of GMO soy,” Konrad said.

A 2018 Pew Research Center poll found that 49% of consumers say foods with GMO ingredients are unhealthier than GMO-free foods — up from 39% in the center’s 2016 survey.

Food products verified by the Non-GMO Project, including those sold by Kellogg’s Kashi, General Mills’ Cascadian Farm and Pepsi’s Naked Juice brands, account for more than $26 billion in annual sales.

Despite this, the Impossible Burger has seen nationwide success, focusing its marketing strategy on environmental benefits.

Anti-GMO activists cite environmental pollution that can occur from increasing herbicide treatments as GMO crops become more resistant to them.

The National Restaurant Association predicted in a November report that plant-based proteins will continue to surge in popularity over the next decade, partially due to increased consumer attention to climate change.

The meat industry accounts for 14.5% of worldwide greenhouse gas emissions and is expected to double by 2050, according to the U.N. Food and Agriculture Organization.

Dan Gluck, a managing partner at PowerPlant Ventures, which has invested in Beyond Meat and other plant-based food companies, said that the fund’s research directed it to support a non-GMO food system.

“Beyond Meat’s commitment to Non-GMO ingredients was one of many factors that led us to conclude Beyond Meat was a better early stage investment opportunity versus Impossible [Foods],” Gluck said.

Beyond Meat declined to comment but has said in a past statement to CNBC that it “distinguishes itself by offering products made with simple, plant-based ingredients – without GMOs or artificially produced ingredients.”

Impossible Foods could also face hurdles as it looks to take its products overseas. In September the company filed for permission to use soy leghemoglobin in the EU. Nineteen countries in the EU requested to partially or fully ban GMO crop cultivation in 2015.

The alternative protein industry as a whole has come under increasing attack from a powerful public relations machine supported by food industry interests.

GMOs as a secondary nutritional factor

Chris Kerr, the chief investment officer of New Crop Capital, a fund invested in plant-based food brands including Beyond Meat, said he thinks GMOs are “secondary” to things like taste, price and convenience.

“While GMOs can enter the consumers mind, it is not likely a key driver in trying a product, but might weigh in on more regular consumption,” Kerr said. New Crop Capital also invests in companies that sell genetically engineered products.

A 2018 study by Technomic, a research and consulting firm for the food and food-service industry, found that the most influential factor in trying plant-based protein was the perception of improved nutritional content over animal protein. Nearly two-thirds of consumers said it was at least “somewhat important” that the products were GMO-free.

Jan. 1, 2020, marked the first day food companies could begin labeling products as genetically modified under the National Bioengineered Food Disclosure Law, a USDA standard passed into law in 2016 that will become mandatory on Jan. 1, 2022.

Impossible Foods was one of the first companies to voluntarily comply with the rule. Its frozen alternative meats, sold in particular groceries as of September, now feature a “bioengineered” sticker.

Hans Eisenbeis, the Non-GMO Project’s director of marketing and communications, said that while Impossible Foods is being transparent about its process, it’s unnecessary to use GMOs to manufacture plant-based burgers.

“When Impossible starts talking about doing that, then we can have a conversation about whether we’re having a positive impact on the planet,” Eisenbeis said.