Following an employee survey that showed Google staffers are increasingly unhappy about pay, executives were hit with a barrage of questions on the topic. “It’s a very competitive market,” said Bret Hill, Google’s compensation and rewards head. CEO Sundar Pichai told employees that executives are discussing changes to their long-held pay assessments.

Google executives, facing a barrage of criticism from employees on issues related to compensation, defended the company’s competitiveness at a recent all-hands meeting while acknowledging that the performance review process could change.

The companywide virtual gathering earlier this month followed the release of internal survey results, which showed a growing number of staffers don’t view their pay packages as fair or competitive with what they could make elsewhere.

At all-hands meetings, Google CEO Sundar Pichai and other senior executives regularly read top submissions from Dory, a site where employees write questions and give a thumbs up to those they want leadership to address.

The second highest-rated question ahead of the March meeting was about the annual “Googlegeist” survey. As CNBC reported, the lowest scores from the survey, which went out to employees in January, were in the areas of compensation and execution.

“Compensation-related questions showed the biggest decrease from last year, what is your understanding of why that is?” Pichai read aloud from the employee submissions. According to the survey results, only 46% of respondents said their total compensation is competitive compared to similar jobs at other companies. 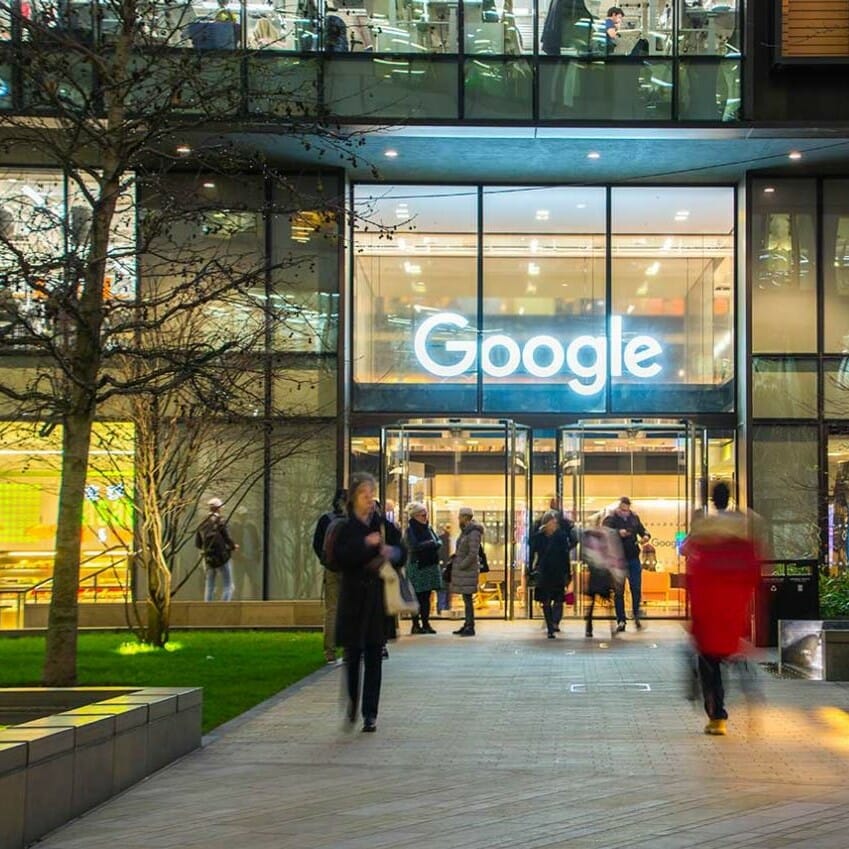 Bret Hill was first to respond. Hill is Google’s vice president of “Total Rewards,” which refers to compensation and stock packages.

Hill said people are “feeling the effects of inflation in their own lives” and are “dealing with location changes and the effects there.” He was referring to an announcement last summer, when the company said it would alter salaries for employees who move based on the market rate for that area.

Google has long been viewed by engineers as the place to go in Silicon Valley for top pay and benefits. However, the company is facing a clear challenge in its effort to maintain that status as the combination of surging inflation rates and a four-month slide in tech stocks, even after a big rally last year, has left employees on edge.

In a statement to CNBC, a Google spokesperson said employees are well paid and that the company values feedback.

“We know that our employees have many choices about where they work, so we ensure they are very well compensated,” the spokesperson said. “That’s why we’ve always provided top of market compensation across salary, equity, leave, and a suite of benefits.”

Retention and employee satisfaction are more critical than ever to Google and its industry peers as record numbers of people in the U.S. are quitting their jobs and exploring new opportunities. Google is also about to start bringing most of its employees back to physical offices at least three days a week, adding another wrinkle for workers as they ponder future employment.

Pay is still top of mind. In February, Amazon told employees it would be doubling its maximum base salary for corporate workers, citing the competitive labor market. One of the top-rated questions read at the Google meeting referenced Amazon’s increase and said Apple was paying more in restricted stock units.

Hill, who joined the company in 2021 after 15 years at Amazon, said there’s a list of 81 companies that Google typically competes with for talent, including Amazon, Apple, Facebook and Microsoft. He said those are the places where Google finds recruits and where employees go when they leave. Hill noted that Google pays on average in the top 5% to 10% of the market.

“We already compare favorably to these companies,” Hill said. “We are able to hire from them. We will make changes if and when we need to.”

Pichai chimed in to agree with Hill.

“One thing I will add is, for any given company, we look very hard to see the net flow of people and how we are doing there,” Pichai said. Google does “very favorably” across “almost all companies,” he added.

Based on the other topics in the Dory queue, employees aren’t convinced. Pichai read the following question:

“Googlegeist results show a 10 point drop in year-over-year numbers for our compensation being competitive to other companies while leadership continues to say that we pay top of market. Is it time we remove lower paying companies like Walmart from our benchmarking and adjust employee pay accordingly?”

“This trend — it is concerning to us and we are keeping a close eye on it,” Hill said.

A whole section of Dory questions was dedicated to Googlegeist. For non-survey topics, there was a section called “Other.” Even there, the top-rated questions were about pay.

Here’s the question from that section with the second-highest number of upvotes, as read by Pichai: