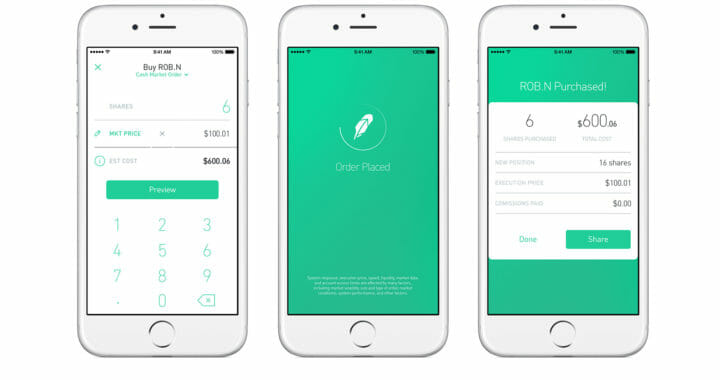 For a trading firm, there are few bigger blunders than clients being unable to move money when markets hit historic highs.

Yet that’s exactly what happened at start-up brokerage firm Robinhood earlier this year. The aftermath? A surge in new users, record trading activity and a new round of venture capital funding.

Despite its missteps, the company has quickly ushered in 10 million users, most of whom are millennials and new entrants to the stock market. Robinhood’s free-trading model kicked off a wave of fee-slashing that turned the brokerage industry on its head.

“We’ve seen a major paradigm shift for broader financial services,” Robinhood co-CEO Baiju Bhatt told CNBC in a phone interview. “People that previously didn’t feel like the markets were for them are for the first time feeling a sense of inclusivity.”

The company, which snared the No. 46 spot on CNBC’s 2020 Disruptor 50 list, released Tuesday, was founded by Bhatt and co-CEO Vlad Tenev in 2013. The company was named after the outlaw from English folklore, who stole from the rich and gave to the poor. Robinhood, mostly used by millennials to trade stocks and cryptocurrency, has grown from its 1 million subscribers in 2016 and 6 million accounts in October of 2018. More than half of Robinhood customers are opening their first brokerage account, and the median customer age is 31 years old, according to the company.

Retail trading has taken off in 2020 amid the coronavirus downturn that many young traders saw as an entry point into the world of investing. Major brokerage firms saw record new accounts in the first quarter. Fidelity, for example, saw a record 1.2 million accounts open in the first few months of the year.

“New investors who sense a generational-buying moment but do not have much background in the equity space,” Citi chief U.S. equity strategist Tobias Levkovich said in a note to clients in May. “We have heard anecdotally about younger individuals with less market experience viewing the March plunge as a unique time to start portfolios and often crowding into the tech arena, purchasing the stocks whose services or products they know and use.”

The influx of young, inexperienced traders is benefiting Robinhood. In March the start-up said it saw three times its average customer trading volume compared to 2019. That uptick continued through April and into May, Bhatt said.

Robinhood users recently told CNBC they were using Covid-19 stimulus checks to invest in beaten-up stocks, and generally, for the first time in their lives, they are playing the market. Lequon Godbolt, who bought into airline stocks, told CNBC, “I just started taking it seriously about two months ago.”

Alongside that jump in activity after the March lows for the stock market, the trading app experienced technical issues that kept it offline for nearly two full trading days. As a result, Robinhood clients missed out on the biggest one-day point gain in the Dow Jones Industrial Average in history.

Robinhood has since apologized to customers, claiming it has strengthened its infrastructure. The company’s co-CEOs said it was due to “historic market conditions” in March, as well as record trading volume and account sign-ups — all of which caused “stress” on the company’s infrastructure. Following the outages, some on social media threatened to pull funds from the platform and multiple threatened to sue.

In the months following those blunders, Robinhood’s investors upped their equity positions in the trading start-up. In May, Robinhood announced a $280 million Series F round led by existing investor Sequoia Capital. The company, now valued at $8.3 billion, has also attracted capital from NEA, Ribbit Capital, Kleiner Perkins, rapper Nas and Alphabet’s corporate venture arm GV, among dozens of others, according to PitchBook.

In the past year, Charles Schwab, TD Ameritrade, E-Trade Financial and Fidelity have all slashed commissions to zero. Its success has also coincided with a wave of consolidation in the retail brokerage space, with Schwab acquiring TD Ameritrade and Morgan Stanley buying E-Trade. Now that the incumbents offer the same options as Robinhood, analysts forecast more pressure for Robinhood to expand beyond stock trading.

The company already has looked to broaden its appeal beyond stocks. It launched a cash-management account with a debit card and ATM network, which got off to a rough start after mislabeling the product as a debit account. Technically, it wasn’t, and the announcement caught the attention of financial regulators. Robinhood scrapped the product and relaunched 10 months later.

Despite the stumbles, the company continues to plow ahead to become a one-stop-shop financial app on consumers’ phones. Bhatt likened the future of Robinhood to a consumers’ choice of iPhone map: They will likely keep Google Maps, or Apple Maps on their home screen, not five or six competing options.

“It’s really more convenient for people to have one app on their phone that is the go-to for that activity.  We see an opportunity as we add more services and features to Robinhood to really be on that one app for all customers’ finances,” he said.

Robinhood has launched in the U.K., and more global expansion is also on the company’s road map, he said. An IPO is a part of the end goal, too. Letting its users buy shares of Robinhood is something the company “eventually wants to offer,” Bhatt said. But he wouldn’t say when.

“As we continue to grow, it’s something that we’re naturally going to look at,” Bhatt said.

Ether is the digital coin that powers the ethereum network. Developers can build apps upon ethereum’s network.

Bitcoin climbs past $19,000 and closes in on record price

The pound is a ‘screaming buy’ if it falls to $1.30, strategist says

Trump brags about Dow 30,000 at surprise news conference, leaves after a minute