Elon Musk says he’s ‘not sure’ he’ll be able to buy Twitter after $43 billion bid, teases a plan B

Billionaire Tesla CEO Elon Musk acknowledged Thursday he is “not sure” he’ll actually be able to buy Twitter, hours after he made an offer to acquire the company. Asked by TED’s Chris Anderson if there was a “Plan B” if his current offer were rejected, Musk said, “there is.”

Billionaire Tesla CEO Elon Musk acknowledged Thursday at the TED2022 conference in Vancouver that he is “not sure” he’ll actually be able to buy Twitter. The comments came hours after a regulatory filing revealed that he offered to acquire the company for $54.20 per share, or about $43 billion.

Twitter confirmed it had received the bid but its board must still review the offer, which values shares much lower than the $70 they reached last summer. But Musk had said the offer would be his “best and final” one.

Asked by TED’s Chris Anderson if there was a “Plan B” if his current offer were rejected, Musk said, “there is.”

He declined to elaborate.

Despite his vast wealth, much of Musk’s assets are not liquid, leaving some analysts to wonder how he would provide the funds if his bid were accepted. Wells Fargo analysts, for example, said Thursday that Musk may have to sell Tesla shares to fund the takeover.

Anderson asked if Musk had “funding secured,” alluding to Musk’s infamous tweet when he said he would take Tesla private, which later got him into hot water with the Securities and Exchange Commission.

“I have sufficient assets,” Musk said. “I can do it if possible.” 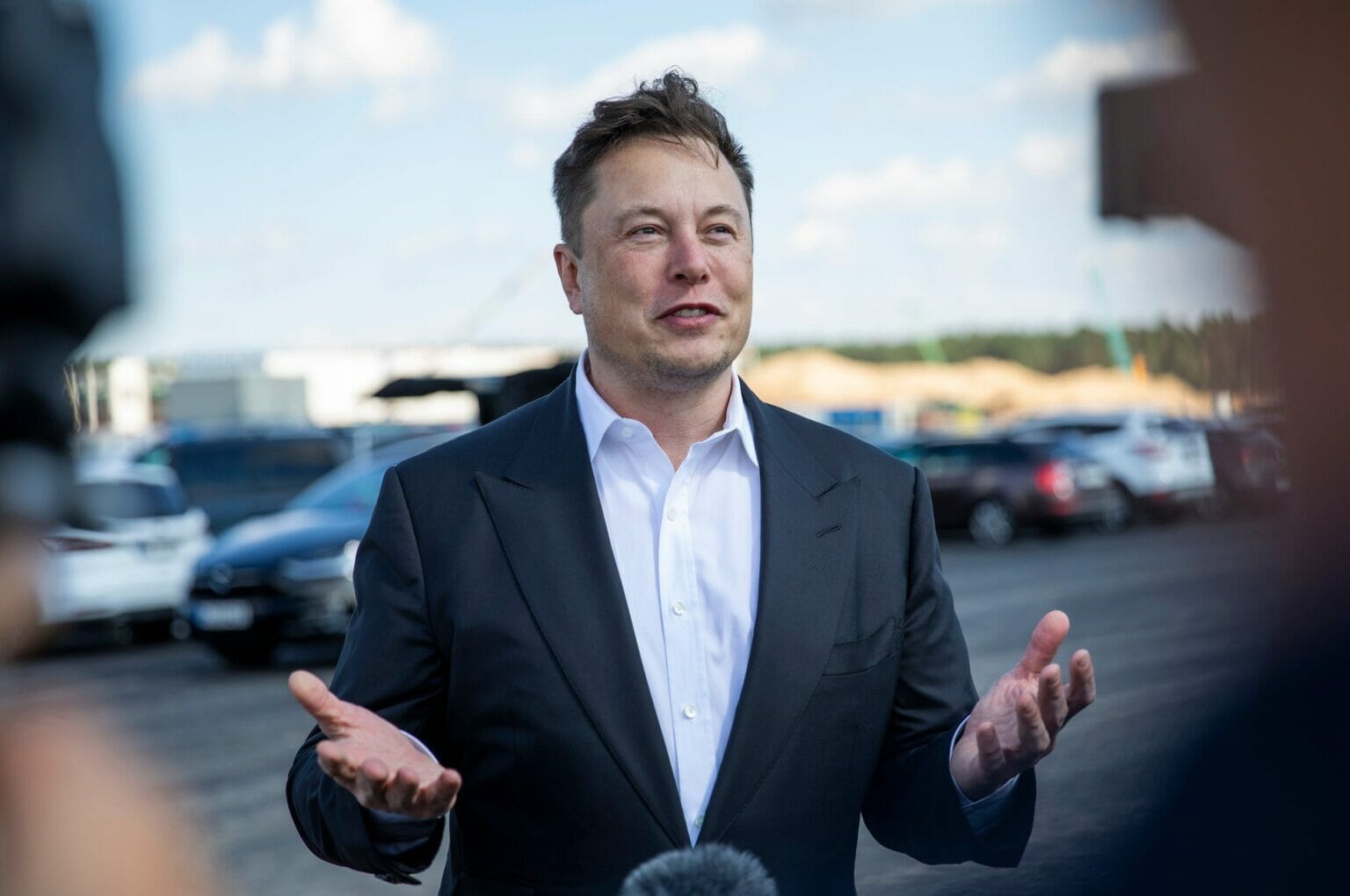 Criticism of the SEC

Musk added in reference to the earlier Tesla take private tweet, “funding was actually secured” and explained why he does not “have respect for the SEC in that situation.”

He went as far as to call some at the agency, “those bastards.”

In September 2018, the SEC charged Musk with making “false and misleading” statements to investors when he announced via Twitter in August that year he was considering taking Tesla private at $420 a share and had funding secured. Musk and Tesla eventually agreed to a settlement with the government and revised it in 2019.

Under its terms, Musk and Tesla each had to pay $20 million in fines to the SEC, and Musk had to temporarily relinquish his role as chairman of the company’s board.

In June 2020, the SEC said Musk was in violation of some terms of the agreement that required the CEO to have tweets preapproved if they contained material business information about Tesla likely to affect the share price. Musk had tweeted that Tesla’s stock price was too high, which sent the shares down.

The SEC is currently investigating Musk over his use of Twitter in conjunction with the timing of his trades.

“I don’t mean to blame everyone at the SEC but certainly the San Francisco office,” Musk said, discussing the controversy over the take private tweet. “It was because the SEC knew that funding was secured but they pursued an active, public investigation nonetheless. At the time, Tesla was in a precarious financial situation and I was told by the banks that if I did not agree to settle with the SEC that they would, the banks would cease providing working capital and Tesla would go bankrupt immediately. So that’s like having a gun to your child’s head. So I was forced to concede to the SEC unlawfully, those bastards.”

The SEC did not immediately respond to a request for comment.

Musk also laid out his vision for Twitter should he be successful in gaining control.

“I think it’s very important for there to be an inclusive arena for free speech,” he said, likening Twitter to a “de facto town square.”

He acknowledged a need for some level of content moderation, like around explicit calls to violence, and said the service would have to comply with the laws of the countries in which it operates.

But, he said, he’d like to see the platform’s policies and algorithm be much more open and accessible so that people can critique it and raise concerns.

He said that if a tweet was altered in some way there should be information attached to it explaining why. Twitter does already attach links to its policies when it removes or labels a post that violates its guidelines.

He said another top priority would be ridding the platform of “spam and scam bots.”

Stock splits don’t change a company’s fundamental prospects, but they lower the price of each share, potentially attracting a wider swath of investors. In Amazon’s case, reducing the share price by 95% could make the company a contender for inclusion in the Dow Jones Industrial Average, which weights its 30 components by stock price rather than by market cap.
Were the split to happen as of Wednesday’s close, the cost of each share would go from $2,785.58 to $139.28, and each existing holder would get 19 additional shares for every one they own. Amazon would have the 12th-smallest weighing among Dow stocks, which would put it in the middle of the pack, right alongside Walmart.
“We believe AMZN is one of the biggest companies with a clear pulse on the American economy and not included in the Dow Jones Top 30 Index,” wrote Rohit Kulkarni, an analyst at MKM Partners, in a note to clients after the announcement. He recommends buying the stock.