Tether plans to reduce its holdings of commercial debt in its reserves, Chief Technology Officer Paolo Ardoino told CNBC. Tether holds short-term corporate debt but does not disclose from which companies, which has raised transparency concerns. But Ardoino said Tether, the issuer of the USDT stablecoin, will cut its holdings of commercial paper further than the current 30% of total reserves.

Crypto firm Tether is planning to reduce its holdings of commercial debt in its reserves, as the issuer of the world’s most-used “stablecoin” continues to face questions about what its digital currency is actually backed by.

Last year, Tether revealed that it held some cash but also bought a large amount of commercial paper, which is short-term corporate debt. This raised concerns given that Tether does not disclose exactly which companies it holds commercial paper from, and where those entities are based.

But the company has been reducing the amount of commercial paper in its reserves. In the fourth quarter of 2021, commercial paper made up just over 30% of Tether’s total reserves, down from more than 44% in the third quarter.

“Over time we will keep reducing the commercial paper, we aren’t finished yet with the reduction,” Paolo Ardoino, chief technology officer of Tether and affiliated cryptocurrency exchange Bitfinex, told CNBC on Wednesday at the Paris Blockchain Week Summit.

Ardoino said Tether has moved the money from this commercial paper to U.S. Treasurys. 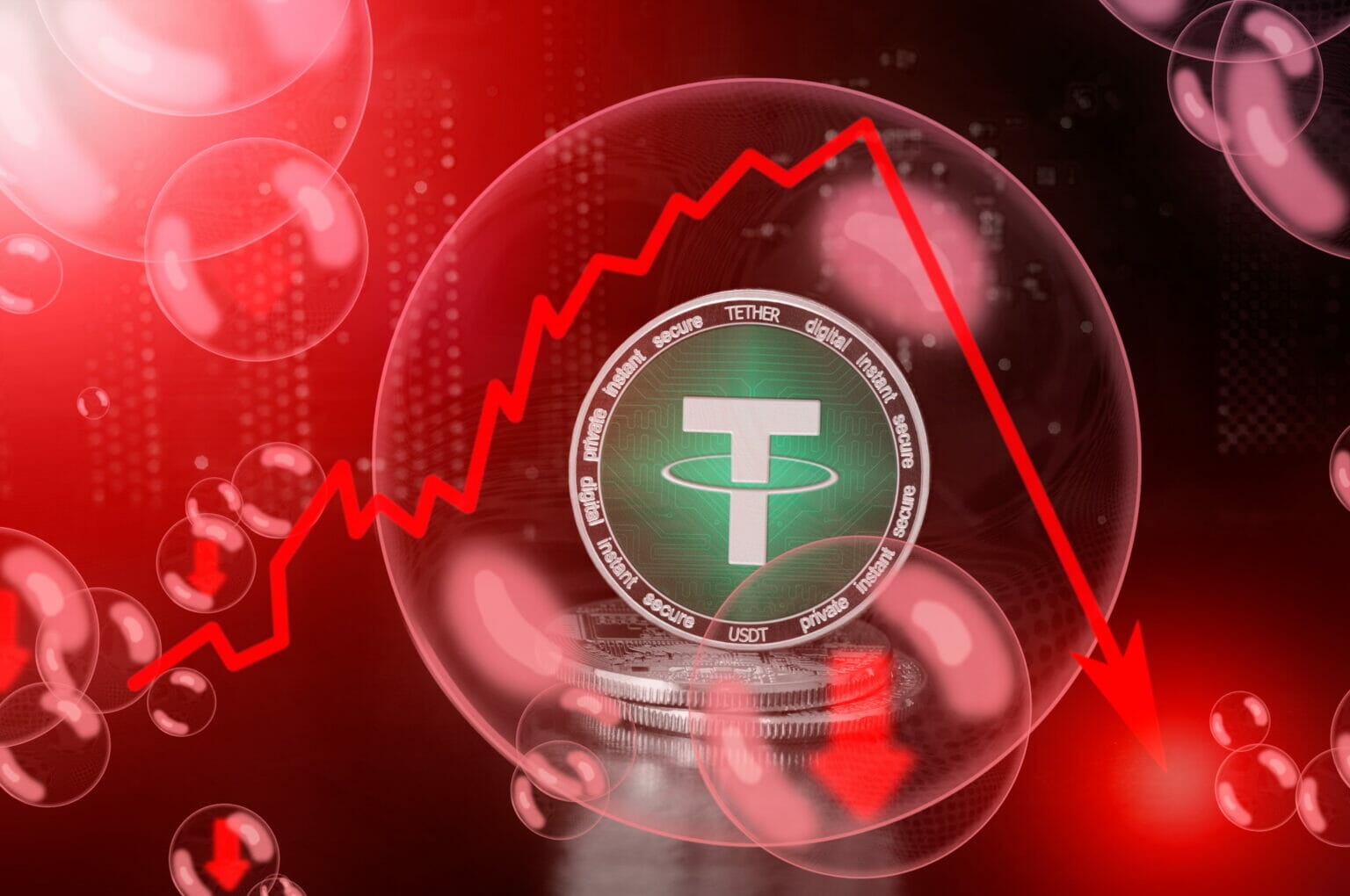 A stablecoin is a type of digital currency designed to be pegged to a real world asset such as the U.S. dollar. Their value is not supposed to fluctuate that much, unlike the wild swings seen in cryptocurrencies like bitcoin.

Tether issues the USDT token and its market capitalization sits at more than $82 billion. Crypto traders use USDT to trade in an out of cryptocurrencies like bitcoin rather than swapping their money into the fiat version of the U.S. dollar.

But there has been controversy over claims made by Tether and its reserves. Last year, the U.S. Commodity Futures Trading Commission fined Tether $41 million for “making untrue or misleading statements” that its USDT token was backed 100% by corresponding fiat currencies.

Last year, as part of a settlement with the New York Attorney General over a separate case, Tether agreed to provide a breakdown of the assets backing its digital currency.

But it has not disclosed the companies whose commercial paper it owns. Tether does disclose the quality ratings of the debt it owns, however.

Ardoino pledged further transparency but did not specify what else the company may disclose.

“Our journey towards increased transparency is not finished yet,” Ardoino said.