Circuit breakers, triggered for the first time in 20 years, pass a crucial test

It was a double whammy. The inability to figure out the economic impact of coronavirus on corporate earnings was bad enough. Throw in a sudden price war between the Russians and the Saudis and you have the makings of an ugly day, and a particularly ugly open.

The poster child for the day’s woes, though, was likely Halliburton, which suffered three trading halts in less than an hour after the open. One was triggered when the entire market was shut for 15 minutes at 9:33 a.m. ET, and two individual trading halts hit at 10 a.m. and 10:22 a.m. Both stopped trading in the stock for an additional five minutes.  Halliburton closed down 37%. 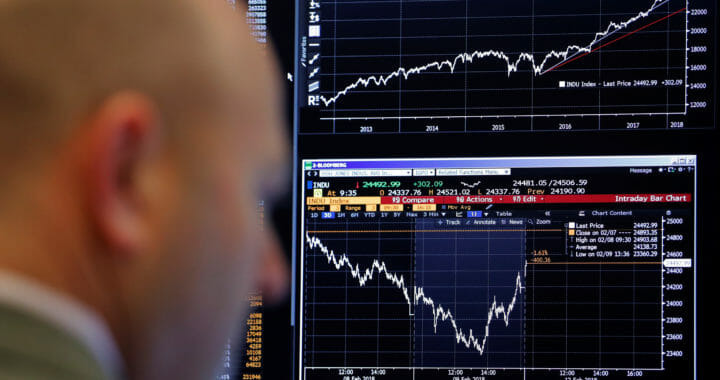 There was one winner, at least. The market-wide circuit breakers themselves.

They were tested for the first time since they were substantially revamped more than a decade ago, and it was only the second time they kicked in since 1997.

Within three minutes of the market open at 9:33 a.m., system-wide circuit breakers kicked in when the S&P 500 dropped 7%, triggering a 15-minute trading halt of all stocks.

This was the first time that the modern circuit breaker had kicked in, and it did its job — to pause the market and create liquidity.

The purpose of the circuit breakers was not to change any fundamental story for why the markets might be down — in this case, coronavirus and oil worries. It was to pause the market so that traders can provide more liquidity.

Circuit breakers, in a sense, are profoundly anti-high frequency trading:  They are supposed to enable traders to catch their breath and figure out how much more they might want to buy and sell.

In that sense, the system worked well:  Stocks rallied modestly after the markets re-opened at 10:49 a.m. as traders took advantage of the lower prices.  Market volatility — as measured by the CBOE Volatility Index — also declined, though it remained near the highest levels since the financial crisis.

In the end, the system didn’t reverse the market slide, but it at least put a modest brake on a very ugly start.