Bill Gates: Coronavirus may be ‘once-in-a-century pathogen we’ve been worried about’ 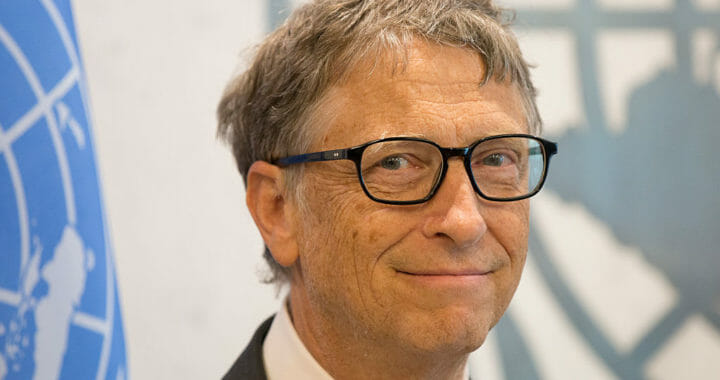 Billionaire and Microsoft co-founder Bill Gates said the coronavirus that has killed at least 2,859 people and infected more than 83,700 globally may be the “once-in-a-century pathogen we’ve been worried about.”

“I hope it’s not that bad, but we should assume it will be until we know otherwise,” Gates wrote in an article published Friday in The New England Journal of Medicine.

Gates and his wife, Melinda, founded The Bill and Melinda Gates Foundation in 2000 to help improve world health and combat extreme poverty. The foundation announced Feb. 5 that it would donate $100 million to help find treatments and expand testing for the virus, particularly for poorer populations.

According to Gates, COVID-19 poses a serious threat to the world because it’s far more deadly and contagious than many other deadly viruses.

“First, it can kill healthy adults in addition to elderly people with existing health problems,” he wrote. “Second, Covid-19 is transmitted quite efficiently. The average infected person spreads the disease to two or three others — an exponential rate of increase.” World health leaders say the disease is spread by people who are mildly ill or don’t show any symptoms at all, making it harder to contain and more contagious than other types of viruses.

The mortality rate is “many times more severe than typical seasonal influenza,” Gates said. The World Health Organization said the mortality rate of COVID-19 can differ, ranging from 0.7% to up to 4%, depending on the quality of the health-care system where it’s treated. Gates said that its current average estimated fatality rate of around 1% places it somewhere between the 1957 Asian flu pandemic (0.6%) that killed 1.1 million people and the 1918 Spanish flu pandemic (2%) that killed 50 million around the world, according to data from the Centers for Disease Control and Prevention.

Gates is sounding the alarm to world leaders to try to help slow the spread of the virus, calling on developed countries to help less wealthy nations prepare.

Many low- and middle-income countries’ “health systems are already stretched thin, and a pathogen like the coronavirus can quickly overwhelm them,” Gates wrote. “And poorer countries have little political or economic leverage, given wealthier countries’ natural desire to put their own people first.”

WHO officials have echoed Gates’ concern about the virus infiltrating low- and middle-income countries with health systems that are too weak to support a potential outbreak. In January, the organization identified 13 top priority countries with direct links or high volume of travel to China, including Democratic Republic of the Congo, Ethiopia and Ghana.

This isn’t the first time Gates has warned that the world isn’t prepared for an infectious disease outbreak. He made similar remarks on the Ebola outbreak, which was declared a public health emergency of international concern by WHO. His foundation similarly donated millions of dollars to combat that disease.

Fellow billionaire and Berkshire Hathaway Chairman Warren Buffett has also called Gates his “science advisor” and added that he has discussed the coronavirus with him. Buffett said Gates was “bullish” on the long-term outlook for a universal prevention of the disease.

As of Friday, there have been 4,351 cases and 67 deaths across at least 48 countries outside China, where the outbreak began, WHO Director-general Tedros Adhanom Ghebreyesus told reporters during a press conference.