Airbnb hosts are building their own direct booking websites in revolt

Short-term rental hosts are banding together and launching their own direct-booking websites in an effort to diversify their business after years of mounting frustration with Airbnb and other short-term rental providers.

Some of these websites were already in the works. But many hosts have recently prioritized their own direct-booking websites after a turbulent past two months, as the coronavirus pandemic spurred widespread cancellations and many grew unhappy with Airbnb’s reimbursement policies. 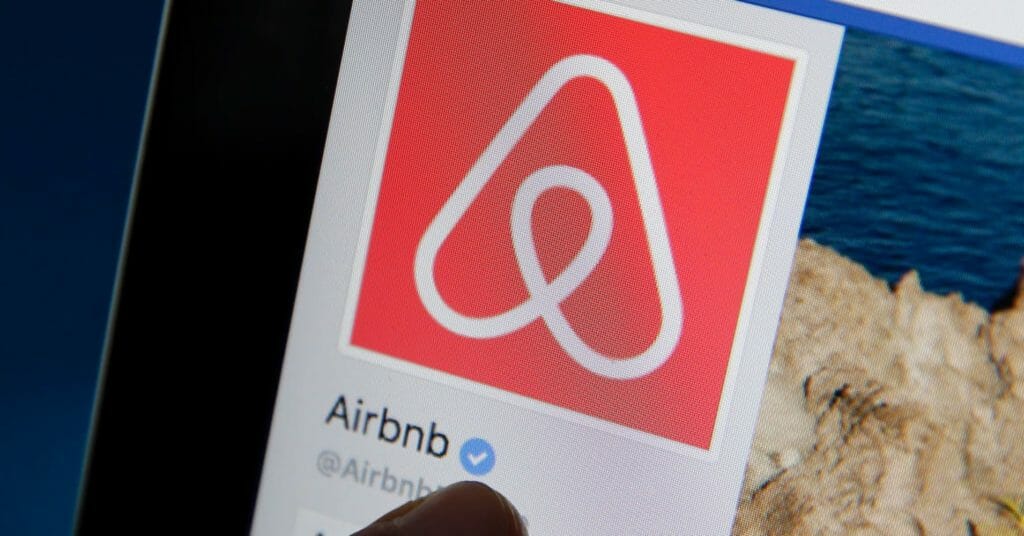 Although these independent websites lack the consumer base that comes with a large service such as Airbnb, they give hosts more power when it comes to how they brand and market their properties. Direct-booking websites also offer hosts an avenue where they can rent their properties to guests at a cheaper price while generating a higher profit than they can when a middleman such as Airbnb is involved. Additionally, they offer hosts more control over situations where guests request refunds, cause damage or complain about a property, according to numerous short-term rental hosts who spoke with CNBC.

Competition from these new direct-booking websites represents the latest challenge for Airbnb, which has endured a tough 2020. The company had lined up bankers to lead a public offering, which would test whether Airbnb could live up to its $31 billion private market valuation from 2017. But as the coronavirus decimated travel around the world, the company instead raised $2 billion in new debt funding at a valuation of $18 billion and announced major cost-cutting initiatives, including plans to lay off 25% of its staff, or nearly 1,900 employees.

“The hold that Airbnb had a few years ago is no longer quite as strong,” said Henry Harteveldt, travel industry analyst at Atmosphere Research Group. “Hosts that are really unhappy with Airbnb have options — not just listing on competitors like HomeAway but having their own independent, free-standing websites. This is a wake-up call.”

A spokesperson for Airbnb said that using the platform offers many benefits that hosts cannot get on their own. “Airbnb is a community fueled by trust and that trust starts with the industry-leading tools we provide every host on our platform: 24/7 customer support, insurance and property damage protection, and user identity verification tools.”

Gianrené Padilla is among several Airbnb hosts who recently launched their own direct-booking websites as a way to diversify their business.
Courtesy of Gianrené Padilla

As the coronavirus pandemic spurred lockdowns on travel, Airbnb instituted a policy in March that allowed guests to cancel reservations in April and May for full refunds, costing some hosts thousands of dollars.

Airbnb then reimbursed hosts a portion of the payments based on their cancellation policies. But many hosts had lenient policies in place before the pandemic, and therefore received little or no compensation from the company.

That inspired many to take matters into their own hands.

Gianrene Padilla started his short-term rental business in San Juan, Puerto Rico, in January, and he lists his properties on Airbnb, Booking.com and HomeAway. He always had plans to launch his own website, but after seeing Airbnb enact its extenuating circumstances policy in response to the coronavirus pandemic, he made it a priority.

Padilla and his team used Squarespace and their property management software service Lavanda PMS to build out their website, which launched on April 23.

“We felt like Airbnb is doing what any rational business owner would do, which is ensure the survival of their company,” Padilla said. “That’s totally respectable, but we should do the same for us.”

In North Palm Beach, Florida, Alexandra Greenawalt found herself having to do a lot of her own marketing to keep her property booked after the coronavirus wiped out the vacation market. As she was already doing so much hustling to keep her property busy, Greenawalt decided this was the right time to contract a webmaster and build her own website, which launched on April 27.

Greenawalt has been a longtime user of Airbnb, and she became an Airbnb host last year. But after hosting for a year, Greenawalt knew she wanted a way to book her frequent guests at lower rates and without giving Airbnb a cut each time. The company typically keeps between 14% and 20% of each booking, plus other fees.

“I do think Airbnb has a place in my business to bring me clients, and I’m happy to pay them a percentage,” Greenawalt said. “But if people find me organically, I can make a little bit more money on my direct booking.”

Additionally, Greenawalt’s Salt+Sea Sanctuary website includes a video tour of her property, a feature that Airbnb does not have.

“You can’t have video on there, which is frustrating because a lot of times people want to visualize what the space is like truly,” she said.

Carlos Roman is among several Airbnb hosts who recently launched their own direct-booking websites as a way to diversify their business.
Courtesy of Carlos Roman

Carlos Roman, a San Diego host with about 30 properties, decided to launch his own website last year after years of haggling with Airbnb over guest complaints that he says cost him thousands of dollars.

Having that website protected Roman’s business after Airbnb enforced the extenuating circumstances policy. Although he lost numerous Airbnb-booked reservations, he was able to handle all of his guests who had booked directly through his website. With many of them, Roman was able to provide travel credits or rebook their trips for later dates at no cost. For any guests who demanded full refunds, Roman was able to refer them to their contract and keep the amount they had agreed to.

“At least having the control, we were able to be more confident in our position,” Roman said. “The biggest benefit was just not losing out 100%.”

Jim Borthwick is among several Airbnb hosts who recently launched their own direct-booking websites as a way to diversify their business.
Courtesy of Jim Borthwick

While some hosts are building their own websites, other hosts are banding together to build alternatives to Airbnb.

Jim Borthwick, a short-term rental host with properties in Indianapolis, Indiana, launched his booking website LetsConvention.com in late 2018. The website is geared toward connecting hosts with properties near convention centers with guests who travel frequently for business.

LetsConvention.com charges guests a 10% service fee and charges hosts a nominal fee, Borthwick said. The website has 50 properties from about a dozen hosts in locations such as Indianapolis and Columbus, Ohio. Borthwick said he is looking to add more hosts to the booking marketplace.

“Our main mantra is to have this thing be a website that’s built by hosts for hosts,” Borthwick said.

Na’ím Paymán is among several Airbnb hosts who recently launched their own direct-booking websites as a way to diversify their business.
Courtesy of Na’ím Paymán

In March, short-term rental host Na’im Payman and his team launched Zeevou.direct, a booking website that aggregates properties and allows guests to book rentals without taking a commission from the traveler or the host.

Payman is a host himself with 250 properties spread across the United Kingdom. Hosts who use Zeevou.direct can list for free or they can also purchase Zeevou’s channel management software, which helps short-term rental hosts list their properties on multiple services, including Airbnb, Zeevou.direct or their own website. That software costs approximately $50 per month per unit, but the pricing varies depending on how many properties you list.

“If you’ve been a host the last two months, you realize that you’re not in control of your own business,” Payman said. “This is about giving control back to hosts. That doesn’t mean taking control from guests. It’s just about rebalancing the power dynamic.”

“If a bunch of hosts get together and put their inventory into their own website, one that acts more like a collective — the more cities, more properties, more variety in price, the greater the appeal of that website,” Harteveldt said.

Hosts who choose to build their own websites gain more control over their business, but also a lot of new work, say hosts.

They have to set up their own payment systems, draw up their own rental contracts, and maintain their website or find someone to do it for them.

“It’s a snowball of work,” Roman said. “If it’s just one person running a business, starting a website will make it so that you’re no longer a one-person shop.”

Having their own website also forces hosts to do their own marketing. This means hosts often end up buying ads on Google, Facebook, Instagram and Yelp, spending money on email marketing or even printing business cards. With websites such as Airbnb, being listed on the service is its own form of free marketing, hosts said.

Polina Raygorodskaya has direct-booking websites for her properties in North Conway, New Hampshire, and in St. John, U.S. Virgin Islands. As part of her marketing, she’s actively involved in Facebook groups that cater to people who are likely to travel to the regions her properties are in, including groups for nature-lovers and skiers.

“Sure, you spend your own time marketing, but you’re marketing for yourself,” Raygorodskaya said.

Despite the drawbacks, hosts say having their own website is just another tactic to diversify their business and reduce their reliance on Airbnb and other booking sites.