Heading into a long weekend, a handful of sellers had lofty hopes.

The second week of February saw pricier listings than usual come online, with homes asking up to $45 million hitting the market. 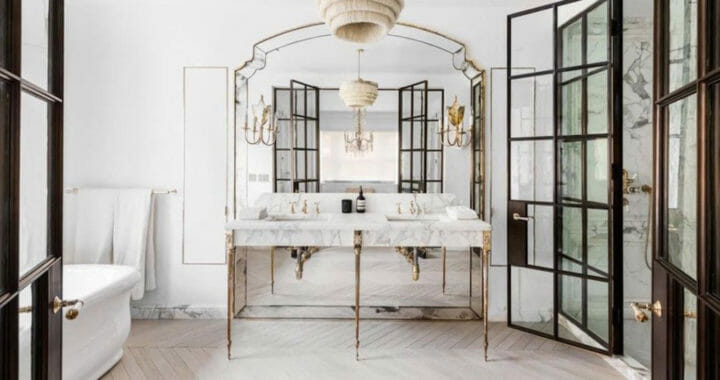 Combined, the five most expensive listings in New York City totaled $152.49 million. That’s nearly $62 million more than the previous week’s $90.96 million. The difference had more to do with the particulars of the homes than with any fundamental change in the market, such as Wall Street’s bonus season, which most industry pros say does not justify aspirational pricing.

Here’s a closer look at the five most expensive properties that went live from Feb. 10 to Feb. 16, according to an analysis of StreetEasy and Compass data.

1. 1 Central Park South, Unit 1007/1009 | Midtown | $45 million
This opulent four-bedroom residence was made from combining two condo units at The Plaza. The seller appears to be a wealthy Russian couple, Valergy and Olga Kogan, who also own properties in 15 Central Park West and 515 Park Avenue. Brothers Tal and Oren Alexander of Douglas Elliman have the listing.

2. 78 Irving Place, Unit #PH | Gramercy Park | $37.5 million
Former WeWork chief Adam Neumann has put his 7,880-square-foot triplex on the market. He bought the six-bedroom unit for $27.5 million in 2017. A first-floor duplex apartment is included in the sale, according to a description from listing agent Nick Gavin of Compass.

3. 111 West 57th Street, Unit #64 | Midtown | $30 million
This three-bedroom has its own floor in JDS Development Group’s tower. The 3,873-square-foot unit is reached by a private elevator and has a 309-square-foot terrace. Elliman’s Amy Williamson has the listing.

4. 55 East 74th Street | Upper East Side | $19.995 million
This 1890s-era townhouse was the home of First Lady Eleanor Roosevelt until her death in 1962. The five-story, five-bedroom mansion spans 8,000 square feet and has an outdoor garden and rooftop terrace. Elliman’s Lisa Simonsen is handling the sale.

5. 9 East 82nd Street | Upper East Side | $19.995 million
This 1895 townhouse consists of eight vacant residential units. The 25-foot-wide home has a rear garden and two terraces on the second and fourth floors. At just under 11,000 square feet, the property “presents a rare opportunity to create a modern masterpiece,” according to listing agent David Kornmeier of Brown Harris Stevens.