Not many people in Sweden knew much about Castellum AB. Some people now think that the quick sale of 40 million shares in the property company earlier this month is a sign of what’s to come in the European property market.

The seller, M2 Asset Management AB, said that falling market prices made it harder for it to “meet its financial obligations.” The sale of the stake by a major shareholder is just the latest event in a rough year for Swedish real estate companies, whose stock market values have dropped by half.

There isn’t much hope that things will get better. Bloomberg data shows that the sector will have to pay back $10 billion in debt next year and will need to refinance about $41 billion by the end of 2026.

Sweden’s property companies are having trouble getting enough money because they have floating-rate bonds with short-term maturities at a time when interest rates are going up. Even though this makes the real estate market in Nordic countries more vulnerable than in other parts of the region, it is being closely watched as a possible litmus test for the rest of the sector in Europe.

Some real estate companies might have no choice but to go to the stock market to get money.

Peter Papadakos, managing director at Green Street, said, “In a worst-case scenario where credit markets don’t warm up, Sweden could be first in line for a series of rescue rights issues from listed property companies in Europe.” “That would have big effects on Europe’s listed real estate market.”

The Swedish central bank and the Financial Supervisory Authority have warned many times that risks from commercial property debt threaten the country’s financial stability. The biggest worry is the effect on Swedish banks. Last year, property loans made up about two-thirds of all loans in the Nordic countries, but less than one-third of all loans in many larger euro-area economies.

Anders Kvist, a senior adviser to the director of the Swedish Financial Supervisory Authority (FSA), said that the watchdog has been warning for at least four years about the high levels of debt in commercial real estate companies.

In Sweden, commercial landlords like Fastighets AB Balder, SBB, and Castellum, which reports its third-quarter results on Thursday, have spent the last ten years trying to grow by getting billions of dollars in cheap money from bond investors who wanted to make money. It’s a playbook that was used in many European markets, which were boosted by low interest rates and rising home prices.

The central bank’s luck has changed because of rising inflation and the aggressive tightening of monetary policy that followed. Sweden’s property market, which was one of the most inflated in the world last year, has been hit hard and fast. In 2022, SBB stock is down 81%. Bonds in every part of the market have dropped to very bad levels. Moody’s Investors Service put Balder’s investment-grade credit ratings on review Wednesday for a possible downgrade to high yield.

It has become “a grim combination for many companies in a market where easy money has rewarded those with aggressive growth plans,” said Martin Edemalm, a bond portfolio manager at SEB Investment Management in Stockholm. “But now the market has changed in a major way.”

Over the next five years, Swedish real estate companies must roll over $40.8 billion in bond debt that is coming due. A quarter of this debt is due in 2023. How they handle these payments is seen as important for the European economy as a whole.

“In general, European real estate companies have less debt and longer debt maturities than their Swedish counterparts,” said Edemalm, whose company manages about $26.5 billion in bonds. But rising interest rates are a clear bad thing for the asset class, so it seems likely that yield requirements for European real estate will rise, putting pressure on valuations. 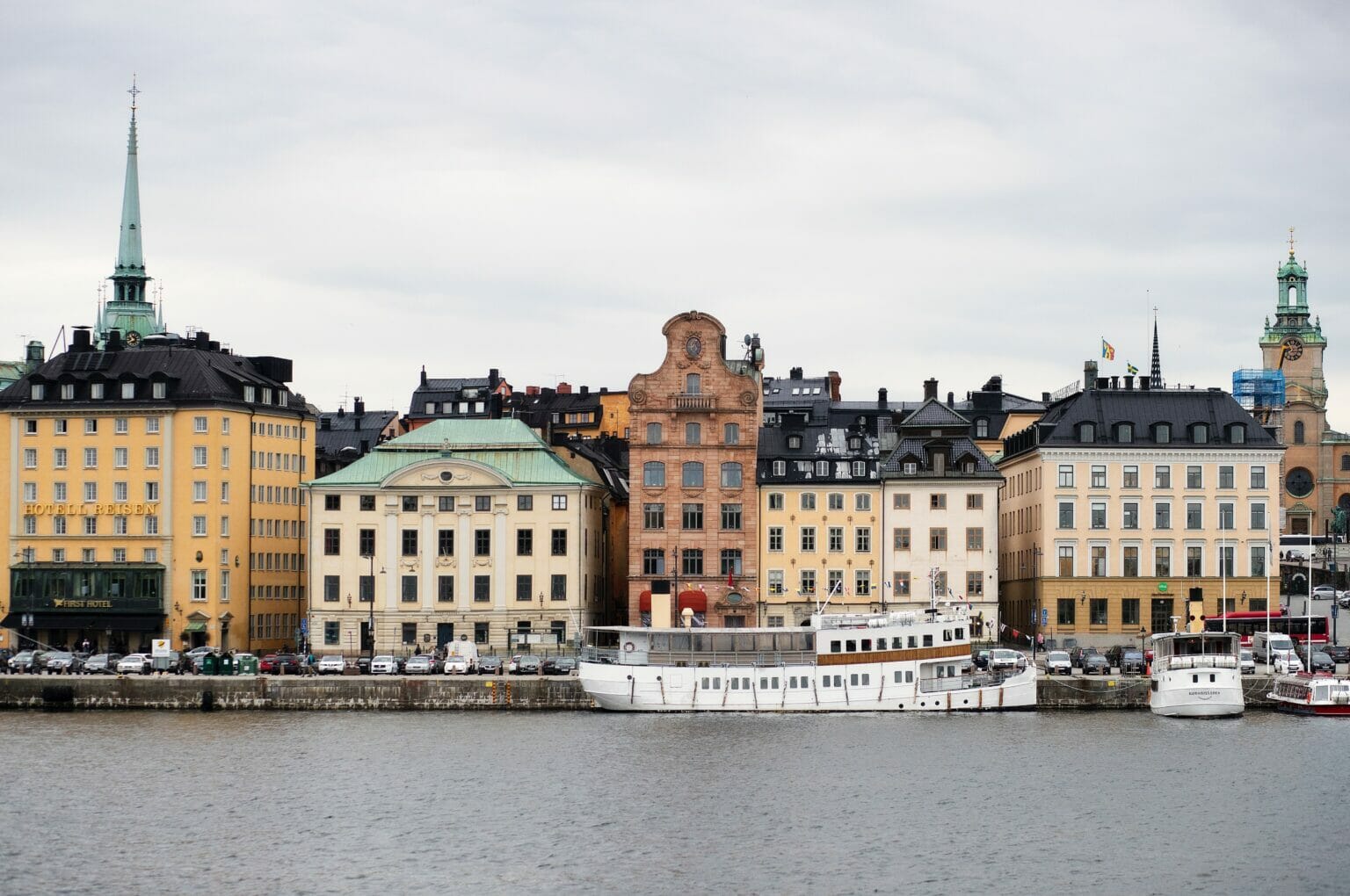 With bond yields and, by extension, borrowing costs at unaffordably high levels, some companies can’t afford to use debt financing as much as they used to. Last quarter, the sales of property bonds dropped to 6.3 billion kronor, which was the lowest since the last three months of 2018. This crisis is making it hard for issuers to get bank loans because their balance sheets are getting weak from high leverage and falling property values.

Castellum’s chief financial officer, Jens Andersson, said that the company is looking into other funding markets besides traditional mortgage loans from Nordic banks. He used US private placements as an example because they last a long time and have low prices. But after the recent trouble in the gilt market in the UK, even this sector has some problems to solve.

Selling assets has been another way to help get more money in the bank. During the second quarter, SBB sold properties worth a total of 6.7 billion kronor. More recently, the company said it would sell more properties worth at least 10.5 billion kronor. Standard & Poor’s warned in July that there was a “one-in-three chance” it could drop the landlord’s rating to “non-investment grade.”

Investors are also worried about Sweden’s unusually high levels of cross-ownership, which has in the past led rating agencies to warn about governance risks and possible conflicts of interest. Akelius Residential Property AB, which is also a landlord, bought its share of Castellum.

When real estate mogul Rutger Arnhult was made CEO of Castellum after being elected its chairman, people looked at him funny. Arnhult also owns M2 and has the most shares in Corem Property Group. Last year, Corem Property Group merged with another company he owned, Klovern AB, in a $1.7 billion deal. Castellum, in turn, owns a third of the Norwegian landlord company Entra ASA. Balder is also a shareholder in this company.

In a May report on the country’s financial system, the FSA said that the increase in debt in the real estate sector means that it continues to be “a significant vulnerability for financial stability.” The watchdog also said that it is keeping a close eye on the debt of commercial property companies because they have “often played an important role in financial crises.”

Maria Gillholm, a real estate analyst at Moody’s, says that Swedish property firms’ complicated ownership structures “further limit their access to capital,” since companies usually focus on protecting their own cash flow during a downturn.

“A good example is Entra, where Castellum and Balder own a majority share,” she said. “In a downturn, when you have to take care of your own cash flow and maybe sell assets, it might be harder to get everyone to support an equity injection.”

The good news for money managers like Edemalm is that the sell-off has been so bad that there are now deals to be had in the different sub-segments of the sector, such as higher-yielding properties in the office, industrial, or logistics spaces.

The portfolio manager said that these parts of the market are “less sensitive to rising interest rates and will benefit from CPI-linked contracts.” “But right now, the most important things are strong owners and good balance sheets.”