The Inflation Reduction Act includes a tax credit that gives hydrogen made with renewable energy or nuclear energy the maximum tax credit, which is $3 per kilogramme.

The economy based on clean hydrogen energy

A tax credit hidden in the Inflation Reduction Act could give a big boost to the new clean hydrogen industry and make it a multitrillion-dollar business in the coming decades.

Hydrogen is used to make fertiliser and in other industrial processes. The tax credit will encourage hydrogen producers to come up with cleaner ways to make hydrogen. But it could also start a whole new group of companies that want to use clean hydrogen to replace fossil fuels in areas like shipping, aviation, heavy industry, and as a way to store and move energy.

The Center on Global Energy Policy at Columbia University says that at the moment, fossil fuels are used to make 98 percent of hydrogen. But, said Elina Teplinsky, a lawyer who is the spokesperson for the Nuclear Hydrogen Initiative, a group that is trying to speed up the growth of the nuclear hydrogen industry. “Everyone who makes hydrogen now wants to make clean hydrogen.”

The law will make it cheaper to use carbon capture and storage technology to cut down on carbon emissions from making hydrogen. It will also let in a lot of companies that want to find cleaner ways to make hydrogen and use hydrogen in places where fossil fuels are used now.

A report on the industry released in November by the Hydrogen Council, an industry group, and McKinsey & Co. says that between 60 and 80% of hydrogen production will be powered by renewables by 2050. (This prediction came out before the tax credit became law.)

This kind of change in an industry will cost a lot of money—as much as $7 trillion to $8 trillion between now and 2050. But on the bright side, the Hydrogen Council and McKinsey report say that by 2050, the hydrogen economy could bring in about $3 trillion per year.

What is hydrogen used for now, and how could it be used to fight global warming?

According to the Center on Global Energy Policy, about half of the hydrogen that is made is used to make fertiliser and ammonia. The other half is used in petrochemical refineries or production. The push for clean hydrogen is driven by the need to get rid of carbon from current processes and by the fact that there are more and more ways to use hydrogen.

The Hydrogen Council/McKinsey report says that industrial applications, which use almost all hydrogen today, will only account for 15% of all hydrogen use by 2050.

Hydrogen has the most energy per mass of any fuel, and when it is burned or turned into electricity in a fuel cell, it doesn’t give off any carbon. Entrepreneurs and environmentalists think that hydrogen could help decarbonize large parts of the economy, such as long-distance trucking and industrial processes, such as making iron and steel, shipping cargo by sea, and flying.

Emily Kent, the U.S. director of zero-carbon fuels at Clean Air Task Force, a global climate nonprofit, told CNBC, “If it weren’t for climate change, we probably wouldn’t be expanding into all of these new uses for hydrogen.”

A report from the Hydrogen Council and McKinsey says that by 2050, heavy trucks, long-distance flights, and container ships will be the biggest users of hydrogen. In these situations, hydrogen would be used in a fuel cell to make electricity. In a fuel cell, hydrogen and oxygen atoms are combined in an electrochemical reaction to make electricity, heat, and water.

Kent said that current battery-powered electric cars can’t meet this need because batteries that could store enough energy for long trips would be too heavy and take too long to charge. A hydrogen tank and fuel cell would be lighter, take up less space, and refuel in about the same amount of time as gas or diesel.

“It’s possible that there will be big discoveries, batteries, or something else that will change everything, but there aren’t good solutions right now,” Kent told CNBC.

Hydrogen can also be burned in a turbine to make electricity, just like natural gas. According to Kent, up to 20% hydrogen can be mixed with natural gas and burned in traditional natural gas turbines with no infrastructure changes.

Hydrogen can be used to store energy, which will be very important as wind and solar power are used more and more across the country. Wind and solar energy don’t work when it’s not windy or sunny, so there has to be a way to store energy so that it can be used all the time. While this is going on, battery technology is getting better, but it is not yet at a point where it can store enough energy for a long enough time to be a good backup for a fully renewable grid.

Kent said, “If you make a lot of solar power in the summer and want to save a lot of it for the winter, you can store hydrogen for about that many months and use it to give electricity back to the grid when it’s needed.”

People are also thinking about using hydrogen that is made in a clean way instead of coking coal in a key part of the process of making steel, which is a high-emissions industry that is hard to decarbonize. The Hydrogen Council/McKinsey report says that clean hydrogen will be needed for industrial processes that need high-grade heat, above 752 degrees Fahrenheit, like cement plants, making glass, and remelting aluminium. 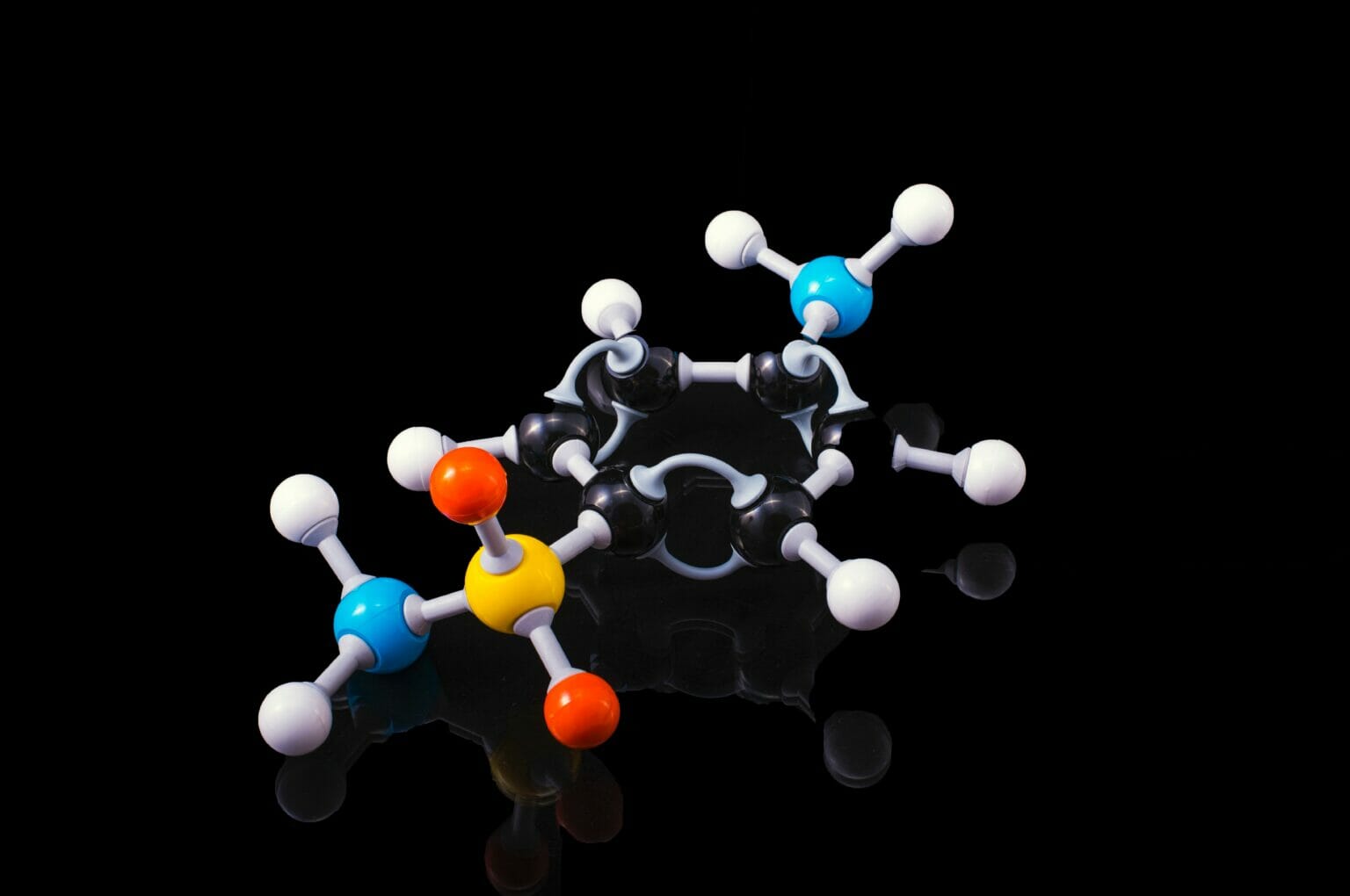 How do you get clean hydrogen?

Hydrogen is the most common element in the universe, but it can only be found on Earth when it combines with other elements, like oxygen, to make water. To separate hydrogen from the other atoms, you need energy and industrial processes.

The Center for Strategic and International Studies (CSIS), a nonpartisan, nonprofit policy research group, says that China is the largest producer of hydrogen right now. China’s CSIS says that China makes about 60 percent of its hydrogen from coal and about 25 percent from natural gas. Teplinksy says that industrial gas companies like Linde and AirProducts make the most hydrogen outside of China.

The Center on Global Energy Policy says that 76% of all hydrogen made in the world and 95% of all hydrogen made in the U.S. is made through a process called steam methane reforming. In this process, a source of methane, like natural gas, reacts with steam at very high temperatures. When natural gas is burned, it gives off greenhouse gases. It also leaks fugitive methane when it is extracted and moved.

22% of the world’s electricity is made by a process called coal gasification. In this process, coal reacts with oxygen and steam under high heat and pressure.

Some companies are working on ways to collect the carbon dioxide that these processes release and store it in underground tanks. “Blue hydrogen” is sometimes used to describe this kind of hydrogen.

From an emissions point of view, it’s more promising that an electrolyzer can be used to split a water molecule into hydrogen and oxygen, and it can be powered by almost any source of energy, including sources with no emissions, like solar or wind, to make “green hydrogen.”

Nuclear energy can also be used to make hydrogen without releasing much more CO2. This is sometimes called “pink hydrogen,” but the name can change. As an added bonus, the steam and heat that are byproducts of nuclear energy can be used in a much more efficient high-temperature electrolysis process. With the advanced nuclear reactors that are being made, which run at even higher temperatures than traditional nuclear reactors, hydrogen can be made in a way that doesn’t use an electrolyzer at all.

The cost of making hydrogen with these different methods is very different and depends on how much natural gas and electricity cost. These costs have been going up and down because of the Russian war in Ukraine and climate change. In December 2020, the nonprofit Resources for the Future put out a report that said steam methane reforming costs between $1 and $2 per kilogramme of hydrogen (including the cost of some carbon capture). The price of a kilogramme of hydrogen made by electrolysis using power from the sun and wind was between $3 and $7.

What’s the point of the new bill?

The IRA tax credit is good for 10 years, and the amount depends on how cleanly the hydrogen is made. If no carbon emissions are made while making hydrogen, the tax credit is capped at $3 per kilogramme of hydrogen made. Then, it goes down proportionally based on how much pollution is made, as long as it is less than what is made now.

Akshay Honnatti, who runs EY’s sustainability tax division in the US, told CNBC that the tax credit is “absolutely a game-changer.” “There was no reason for hydrogen to be better.” “Getting hydrogen to be cleaner costs money,” Honnatti said. “Now there’s a credit available so that someone can make that extra level of investment and explain it to their stakeholders and shareholders.”

With the tax credit in the climate bill, companies will be able to get into the market for making clean hydrogen without losing money on many of its new and growing uses. They could go back to their investors and say, ‘Look, we can do this in a cost-effective way right now. We don’t have to think this market will lose money for the next five years in order to get into it. Teplinksy said, “We can actually do this and have it be profitable or at least break even in the near future.”

The Bipartisan Infrastructure Law, which was passed in November, also included $8 billion to build clean hydrogen hubs in different parts of the United States. Teplinksy said that the two laws should help the U.S. create a clean hydrogen economy in seven to eight years.