Some retailers will be able to ‘weather’ coronavirus pandemic. Others won’t

Lululemon announced Thursday that it will be paying all its workers through June 1, whether or not its stores reopen before then, amid the coronavirus pandemic.

Lululemon also has paid all its April rent to landlords. A hotly debated topic in the industry has been which retailers and restaurants will not be able to send in those rent checks.

The athletic apparel maker has temporarily shut all its locations across North America, as many retailers have done, to help halt the spread of COVID-19. It is unclear when these thousands of shops will be able to reopen. Many retailers, including Macy’s, Kohl’s, Gap and Bed Bath & Beyond, have furloughed the majority of their store workers in an attempt to cut expenses, as their sales are drastically reduced. 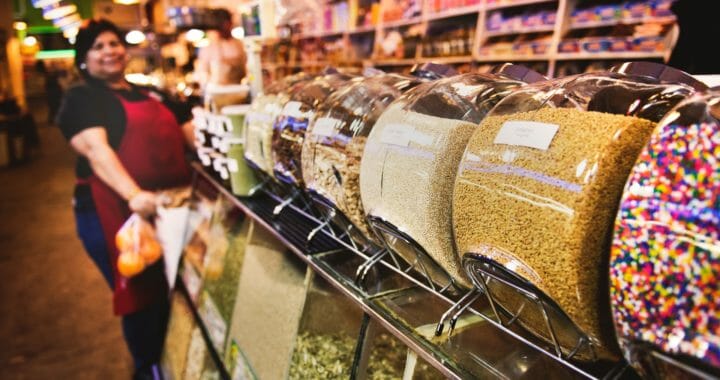 “From a balance sheet perspective, we are in very good standing,” ending 2019 with $1.1 billion in cash on hand, Lululemon CEO Calvin McDonald told CNBC’s Sara Eisen Thursday afternoon. He added that the company has no plans to draw down its credit revolver, either. This “allows us to not just obsess on the short term,” he said.

Lululemon has, meantime, temporarily halted its share buyback program. The retailer’s senior leadership team will take a 20% pay cut for the next three months, and Lululemon’s board of directors will be forgoing their cash retainers, it said.

Meantime, Lululemon is taking what it has learned in China, where the COVID-19 virus originated, and applying it to the U.S., McDonald said. As of this week, all of Lululemon’s stores have reopened in China, including in Wuhan.

In China, the majority of Lululemon’s stores were only closed for two weeks before they began reopening, with shoppers returning more slowly, the CEO explained. “In the U.S. and Canada, we are going to be closed for a much longer period of time. That will create a much more pent-up demand for our product. And equally, I do think when we [reopen], the guest will get back to their normal behaviors quicker” in North America than in China, McDonald said.

The future of retail

More people are shopping online because of COVID-19, and those habits are going to stick, McDonald said, calling this the “new reality of retail.”

“The length of the closing[s] is going to be a big determining factor in how retail will look coming out” of this pandemic, he told Eisen. “Once we [reopen], those are going to be behaviors that … will stick.”

Also looking to the future of retail, there will be winners and losers, he added.

“It’s which retailers will have the investment to be able to create the initiatives to fully support and take advantage of those behavioral changes … will be what separates those that are able to weather the storm” from those that aren’t, he said.

Bed Bath & Beyond, for example, also announced Thursday afternoon that it will be furloughing the “majority” of its store workers, and some corporate employees, through at least May 2. The company said it would be drawing down the remaining available funds, or $236 million, from its revolver. It joins a growing list of retailers, and some mall and shopping center owners, that have tapped credit lines looking for liquidity, including Victoria’s Secret owner L Brandsand Macerich.

When Lululemon reported its fourth-quarter earnings at the end of March, it said it would not be providing a full-year outlook due to the uncertainty around COVID-19. Same-store sales overall were up 20% during the holiday quarter, the company said. Digital sales surged 41%.

Lululemon shares are down about 20% this year. The company has a market cap of roughly $24.1 billion.