In a country where pomp and ceremony are common, the first state funeral since Winston Churchill’s was full of show: Before the service, a bell rang 96 times, once for each of Elizabeth’s 96 years on earth. Then, 142 sailors from the Royal Navy used ropes to pull the gun carriage with her flag-draped coffin to Westminster Abbey, where pallbearers carried it inside. Around 2,000 people came to mourn her death, including world leaders and healthcare workers.

The coffin was covered with the Royal Standard, and the Imperial State Crown, which had almost 3,000 diamonds, and the sovereign’s orb and sceptre were placed on top of it.

But there was also a personal touch. Elizabeth’s descendants, including King Charles III, heir to the throne Prince William, and second-in-line 9-year-old George, followed the coffin into the church. On the wreath on top of the coffin was a handwritten note that said, “In loving and devoted memory” and was signed by Charles R, which stands for “Rex,” which means “king.”

As the funeral began, David Hoyle, the dean of the mediaeval abbey, told the mourners, “Here, where Queen Elizabeth was married and crowned, we gather from across the nation, from the Commonwealth, and from the nations of the world to mourn our loss, to remember her long life of selfless service, and to confidently commit her to the mercy of God, our maker and redeemer.”

At the end of the service, everyone in the United Kingdom stood still for two minutes. Then, they sang the national anthem, which is now called “God Save the King.” The day started early, when the 900-year-old Westminster Hall of Parliament was closed to mourners after hundreds of thousands of people had gathered in front of her coffin.

Many people stood in line for hours, even through cold nights, to pay their respects and show their grief at the lying in state.

Elizabeth, who died on September 8, was honoured with a public holiday on Monday, and hundreds of thousands of people came to central London to be a part of this important event. After the service, people crowded the sidewalks to watch the coffin make its way through the streets of the capital. As the parade went by Buckingham Palace, the queen’s official home in the city, some of the staff stood outside and bowed or curtsied. 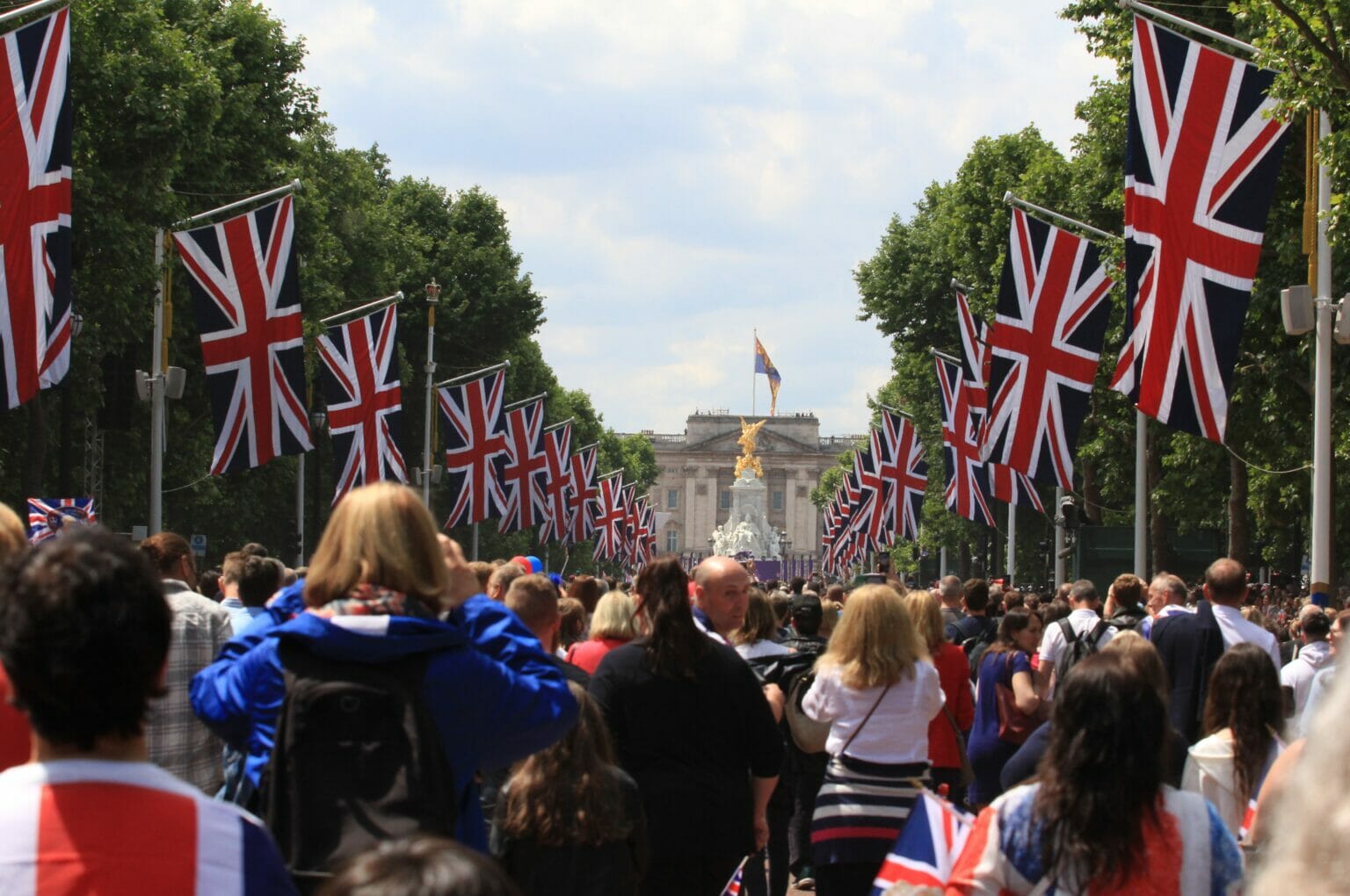 Millions more watched the funeral live on TV, and people gathered in parks and other public places all over the U.K. to watch it on screens. Even the Google doodle for the day was black and solemn black. In his sermon, Archbishop of Canterbury Justin Welby said that few leaders get as much love as Elizabeth does.

European royalty and U.S. Vice President Joe Biden were at the funeral, as were all of the living former British prime ministers and the French president.

After the coffin went through central London, it was put in a hearse and taken to Windsor Castle, which is where Elizabeth spent most of her time. As the procession went by, people threw flowers at it. Before the burial service in St. George’s Chapel, there will be another procession in Windsor. At a private family service, the queen and her late husband, Prince Philip, will be laid to rest together.

On the night before the funeral, Charles sent a message of thanks to people in the U.K. and around the world. He said that he and his wife, Camilla, the queen consort, were “moved beyond measure” by how many people came to pay their respects to the queen.

At 8 p.m. on Sunday, people all over Britain stopped to remember the only monarch most of them have ever known. At Westminster Hall, the steady flow of people who were sad stopped for a minute while everyone observed the minute of reflection in silence.

In Windsor, it started to rain just as everyone stopped talking to take a moment to think. Some people camped outside the castle for the night so they could get the best views of the queen’s coffin. Jilly Fitzgerald was in Windsor and said that the mourners were getting ready to wait for hours to see the procession carrying the queen’s coffin.

It’s nice to be around people who all feel the same way. Everyone feels like the queen was part of their family, so it’s like a big family, “she told me.