Five ways the pandemic may change airports for the better 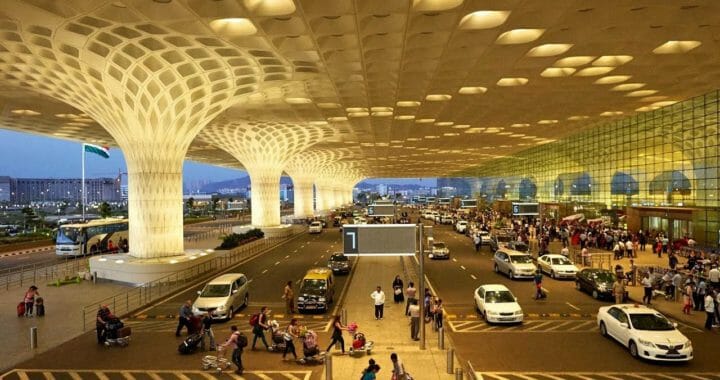 Flying this summer is predicted to be more tedious than in the past, but experts say the pandemic is pushing positive change at airports at breakneck speed.

What’s on the horizon? Imagine shorter lines, cruising through checkpoints and not touching anything — except for your mobile phone — from your car door to your airplane seat. In fact, the technology to do this already exists.

Here is what to expect from airports of the (near) future.

1. A mad dash for “touchless” technology

It’s widely anticipated that airports will transition to touchless technology at a much quicker rate as a result of the coronavirus pandemic.

“We are seeing five years’ innovation in five months, and much of the impact will be permanent,” said Ibrahim Ibrahim, the managing director of Portland Design, a London-based design consultancy with a focus on transit hubs and airports. “We will see a turbo-charged uptake on tech-driven zero-touch check in, security and boarding.”

To verify passenger identities, driver’s licenses and passports are being replaced with facial-recognition and iris-scanning biometrics.

The first biometric terminal in the U.S. opened in Georgia’s Hartsfield-Jackson Atlanta International Airport in late 2018. Third-party research shows 72% of customers preferred biometric boarding over standard boarding, and less than 2% of customers opted out of the process, per Delta’s website.

The same pace of testing and deployment of biometrics is underway internationally at airports in Canada, Japan, Italy, Spain and Iceland, said Liddell.

Mobile phones will play a critical role too, one that extends beyond mobile boarding passes (which were introduced over a decade ago).

“Your mobile phone will become your remote control to manage your travel,” said Andrew O’Connor, vice president of portfolio management at Sita, an air transport technology company. “Today, you can interact with a check-in or bag-drop kiosk through your phone, eliminating contact with surfaces. However, in the longer term we see your digital identity being stored on your mobile.”

Sita envisions airport experiences will be walking ones, where identities are verified in seconds and passengers are kept in constant motion. Its Smart Path technology is used at airports in Athens, Brisbane, Doha, Muscat, Orlando, Miami and Boston.

Dubai International Airport has a “smart tunnel” that uses biometrics to speed up immigration control. With it, passengers can clear an immigration check in 15 seconds.

“Last year, more than 12 million passengers used the smart gates and biometric tunnel for passport control there,” said Liddell. “Other airports have similar aspirations and will follow suit.”

Airport checkpoints may come in many forms, from tunnels and gardens to automated walkways. And they will be more important than ever in the wake of Covid-19 as “security queues are the antithesis of physical distancing,” said Liddell.

What about the pre-boarding pileup of people who hover around the gate agents before their rows or categories are called? Airlines may use mobile phone notifications to quietly call customers to board.

“We bring people to the gate too soon,” said Liddell. “This happens because passengers can’t adequately predict how long it will take to maneuver security screening processes, and also because airlines communicate most reliably at the gate versus via digital means.”

He predicts that in the post-Covid-19 era ahead, crowding everyone together at the gate will feel “more and more untenable,” forcing airports to find ways to bring passengers together just prior to boarding.

How to streamline a process that requires passengers to stand shoulder-to-shoulder, while placing their shoes and outerwear in reusable bins alongside germ-laden handbags and laptop computers?

Booking appointments to pass through security is one way to reduce crowds and long lines. At Montréal–Trudeau International Airport, passengers book their own screenings. But Tim Hudson, an aviation leader at the global architectural firm Gensler, said airports could assign spots similar to “easy-access passes offered by amusements parks.”

“With the use of smart technology, the airport would assign passengers a dedicated time slot to enter the security checkpoint,” said Hudson. “This strategy will allow airports to anticipate and manage passenger loads, while helping passengers minimize contact with other passengers and contaminated surfaces.”

Programs such as Global Entry rely on biometrics to zip enrollees past long immigration and security lines. The  TSA PreCheck program in the United States — which deals exclusively with security lines — is testing biometric technology (it currently manually compares passengers to their photo IDs). But, passengers have to sign up and pay for these programs.

“As travelers, we have to opt into the process and become more comfortable with sharing our private information,” said Hudson. “If travelers are willing to give up a little more data, the process from curb to gate will be much more streamlined.”

While bookings and biometrics speed processing, they don’t screen luggage or solve the touch point problem.

“Biometrics work to confirm your identity and the validity of your travel documents, not what you’re carrying with you,” said Liddell. “Other technologies, such as computed tomography, which applies algorithms and the creation of 3D images to detect explosives and other threats in baggage, as well as other computer vision systems, are emerging to innovate how airports and TSA address the prohibited items problem.”

3. Cleaning everything from luggage to people

Simpliflying, an airline marketing strategy firm, predicts luggage will be fogged and “sanitagged” on the check-in belt. Carry-on luggage (as well as the bins) will be disinfected by fogging, UV-light or another quick technique in the X-ray security machine.

Your bags may not be the only thing that is sanitized. Hong Kong International Airport is testing a full-body disinfection booth made by CleanTech that disinfects from head to toe during a 40-second sterilization process.

Airports will be cleaned more often with emphasis on touchless methods of disinfection. Singapore’s Changi Airport is doubling terminal cleanings and coating high-touch points — such as handrails, lift buttons and cart handles — with a disinfectant that reduces viral and bacterial transmission for up to six months. Hong Kong is using Intelligent Sterilisation Robots to kill up to 99.99% of bacteria and viruses in the air.

Kentucky’s Louisville Muhammad Ali International Airport has quadrupled the number of automated hand sanitizer stations throughout the terminal and replaced more than 100 manual bathroom soap dispensers with automated units. Only 5% of hand towel dispensers weren’t automated, and they are being replaced too.

“Digital payment systems will be introduced that will make tills, cashiers and conveyor belts increasingly redundant,” he said. “Queues will eventually be anathema in stores.”

Autonomous vehicles, robots and artificial intelligence will play bigger roles, especially in ways that eliminate lines and crowds, said Liddell. In the meantime, you can still speak to real people, even if they aren’t physically present. Louisville’s airport has installed a virtual information booth where passengers can speak to a representative through a live video feed.

Dining and retail areas may eventually be separated, with virtual reality or holographic imagery to show buyers options and purchases delivered by a bot, predicts Faith Popcorn, CEO of marketing consulting firm BrainReserve.

“We’ll eliminate many jobs in favor of germ-free technology,” she said.

5. A check on disease, rather than a conduit

As airports are adding cameras and sensors to combat Covid-19 infections, Liddell believes that air hubs could eventually become a place to detect and contain emerging health threats, rather than the unintentional vector of disease that they are today.

Etihad Airways is testing kiosks in Abu Dhabi International Airport that monitor body temperatures and heart and respiratory rates. Other airlines are relying on symptom questionnaires and thermal cameras. Perhaps CT lung scanning will be implemented, as Simpliflying predicts, with results produced before passengers can fly.

Those measures are not foolproof, however. As people infected with Covid-19 can be contagious while asymptomatic or before the onset of symptoms, airport screenings can feel more like a sieve, sifting out only the most obvious cases.

“Based on the figures, it seems that coronavirus infections are rarely found through airport screening,” said Taneli Puumalainen, chief physician at the Finnish Institute for Health and Welfare, in an interview with Finnish airport operator Finavia.

Hong Kong International Airport was the first airport to announce mandatory testing for all arriving passengers. New arrivals take a shuttle bus to the Asia World-Expo to provide “deep throat saliva samples” and await results, a process which has been reported to take up to eight hours.

Much ado was made when Emirates began trialing rapid finger-prick blood tests to a small subset of passengers last month. The tests were for antibodies though — not Covid-19 infections — and when accuracy rates were found to be around 30%, the Dubai Health Authority, who administered the tests, banned them altogether.

Vienna International Airport announced on May 4 that incoming travelers without proof of a negative Covid-19 test within the previous four days could avoid a mandatory 14-day quarantine by taking a test at the airport for 190 euros (US$208). However, the testing is only available to passengers with a residence in Austria and a valid residence permit, hardly making it a viable option for business travelers and tourists.

Airport testing may become more common when rapid-result Covid-19 kits are developed, which may not be too far away. Ichortec, a German-based biotech company, says it has developed a nasal swab test that can detect Covid-19 in under three minutes with no less than 95% accuracy. Patents for the test are pending in the U.S., Germany and the European Union.

What to expect at the airport this summer

In the immediate future, air travel is expected to get worse before it gets better.

The post-pandemic flying process may start 24 hours before you take off, with passengers checking in online, uploading health information, pre-purchasing a mask and pair of gloves and paying to sit next to an empty seat (though the latter option didn’t work out well for Frontier Airlines).

Those predictions are part of a report issued last month by Simpliflying that predicts more than 70 areas in an air traveler’s day will change as a result of the global pandemic.

The report states passengers can expect to arrive four hours prior to departure and pass through a disinfection tunnel and thermal body scanner before entering the airport. Those who are “fit to fly” will be allowed in; non-travelers and anyone deemed unfit will be strictly prohibited from entering.

Passengers who check in via agents will do so behind a protective barrier. Miami International Airport has already installed them, as well as at TSA checkpoint podiums and boarding counters.